Today, my reporter and I went to Perkins, Oklahoma, for a story about dog dumping.

It was a pretty sad situation. Since Perkins is a small town in rural Oklahoma, they have a problem with people dumping unwanted animals out on the country roads. In this case, two dogs (a male and female) were dumped at this woman’s house about 5 minutes outside of Perkins.

Long story short, the two dogs ended up being ELEVEN dogs in just a few short months. They male and female were neither spayed nor neutered, so they had a litter of 9 puppies.

The puppies, all about 10 weeks old, had lived their entire lives with very minimal human contact. A Payne County sheriff’s deputy, a man from the Tulsa SPCA, and a woman from the Perkins animal shelter met us out there to try and save these pups. The rescue effort took a little over an hour—the puppies were feisty. They screeched like they were being murdered while they were being extracted from the shed. Those noises? Haunting.

The female dog would pace back and forth, worried for her pups. It was so sad, but those puppies were actually getting a CHANCE in life. They are MUCH better off now that they are getting the rehab they need, and hopefully a loving home in the future. The momma dog will be trapped later to get spayed so this doesn’t happen again.

So, here’s my PSA of the day: If you have an animal that you don’t want—whatever your reasoning may be—DO NOT DUMP THAT ANIMAL IN THE COUNTRY. Don’t fool yourself into thinking the animal will survive in the wild. It won’t. These dogs were LUCKY that this woman was so forgiving. Most will get eaten by predators, fall sick from diseases, or get shot by farmers and ranchers.

I’ve got no transition into food….sorry. I had to get that story off my chest, though! Let’s talk about what you came here for: Spicy Primavera. 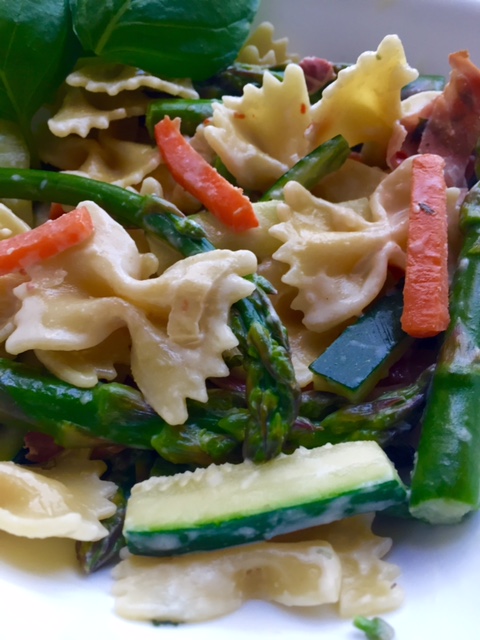 Primavera is a an Italian dish that I usually don’t pay much attention to when I go to an Italian restaurant. I saw this recipe in my bisquick box, though, and felt strongly compelled to cook it! 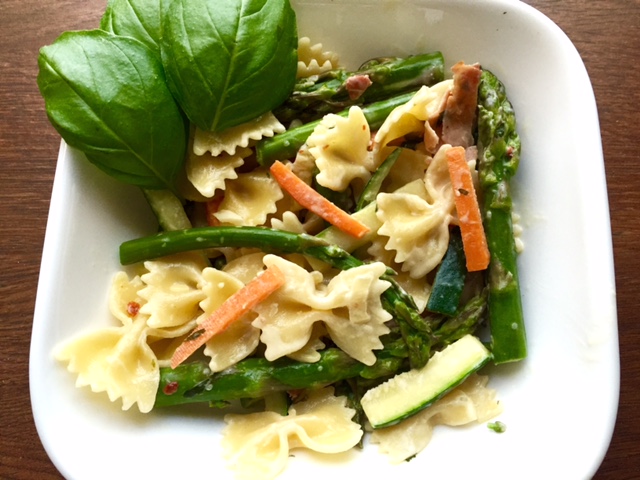 I’ve been on this intense asparagus binger, so any recipe with asparagus look delicious to me. The original recipe called for snap peas to be included in this veggie-heavy dish, but I switched them out for zucchini. I don’t really like snap peas. 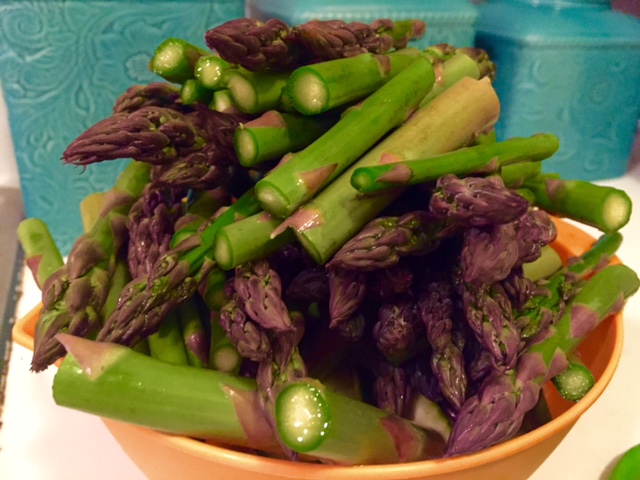 I’ve eaten this as both an entrée AND a side dish this week. It goes well with fish & chicken as a side! Boiling the veggies for a split second truly gives them that crisp-tender texture, and the spicy, creamy sauce hits all the right notes. 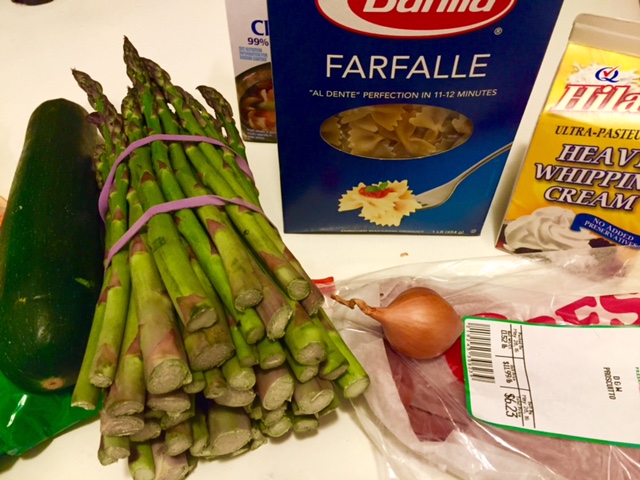 This recipe would be really easy to make vegetarian—just take out the prosciutto! Most primaveras don’t have any meat in them anyway. You can also add whatever veggies you like–whichever may be in season or based on your own personal preference. Just make sure to load it up with a bunch of vegetables with different textures! I’ve seen primaveras with broccoli and red bell pepper as  well as ones with peas and squash. Adapt this recipe to your hearts desire 🙂 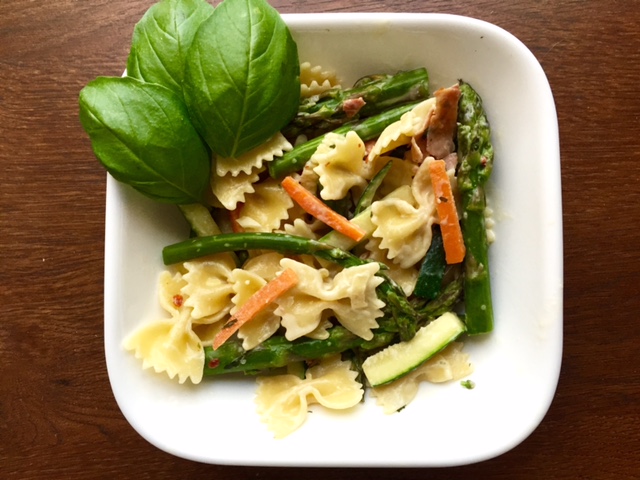