You won’t believe this.

I got sick. Again.

That’s three different illnesses in two weeks. How is that even possible?! What curse did I stumble into? I’ve got a cough, congestion, and that’s about it. I don’t feel bad and I’ve got no fever so I guess it’s just a regular cold? 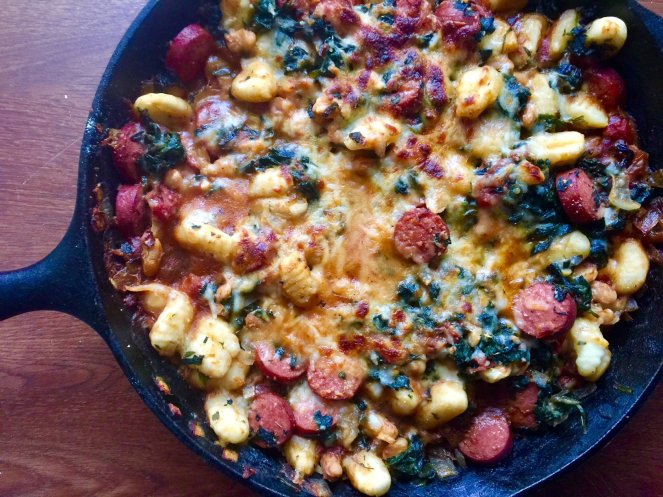 I’m ready for it to be GONE, though. BE GONE, SICKNESS! I just want to feel normal again.

My lack of blogging this past week was on account of my lame sickness, but I did make quite a few recipes last weekend when I felt better after my second illness of the year. I’ve had so much food in my fridge, but I’ve basically lost my sense of smell and taste. I’ve been experimenting with rectifying that by eating Korean and Indian food the last few days. I can barely taste the spice in my tikka masala! No sour taste in the kimchi! Ugh! 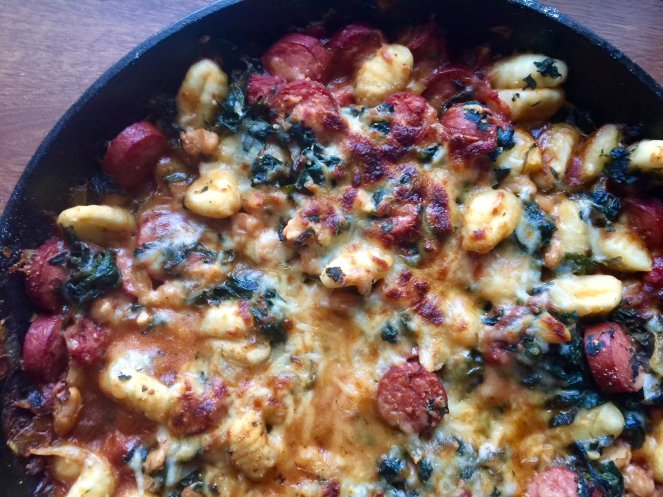 Anyway, I haven’t been able to enjoy this meal as much that I made. It was really good, and really homey and great for a winter dinner, but I’ve been in pursuit of that spicy flair the past few days—and this meal has a very subtle, earthy taste. That doesn’t mean it isn’t good. No, no; it’s fantastic! It’s just not what my tastebuds have been needing.

After a failed attempt at homemade gnocchi last year, I’ve settled on buying the premade kind from the grocery store. I feel it works fine; if you want to make it homemade, go right ahead. I really wanted to use some chicken-and-apple sausage in this recipe, but I couldn’t find any at my normal supermarket. I settled on a turkey kielbasa and thought it was fabulous. This recipe needed that jolt of saltiness from the sausage! 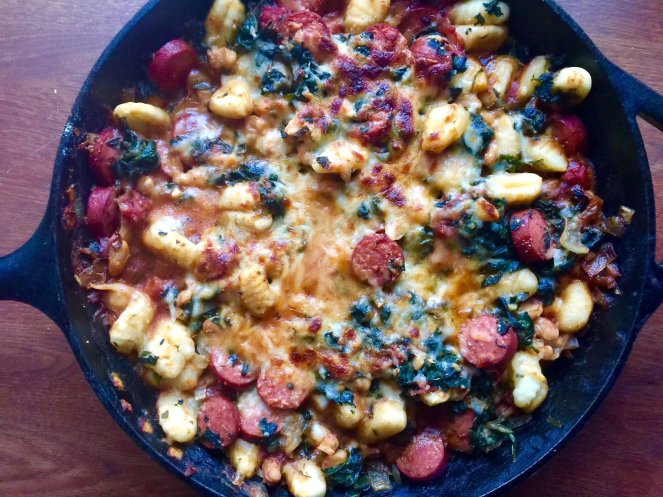 There are so many different things you can do with this recipe. Use fresh spinach instead of frozen, take out the sausage to make it vegetarian, or experiment with different cheese toppings. This one will stay in the front of your recipe box throughout the year, I can promise you that. 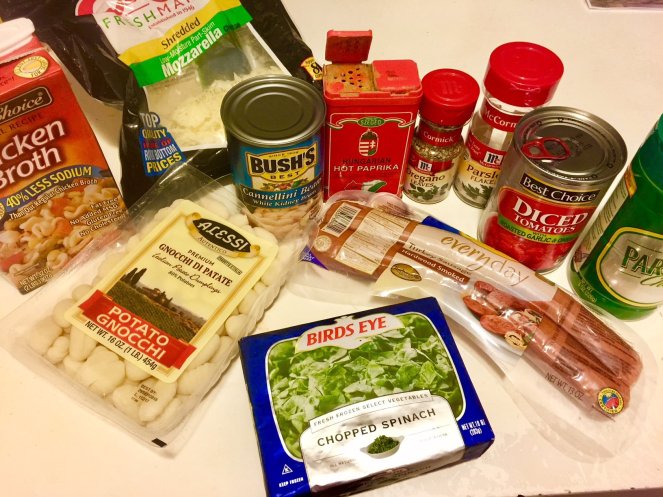 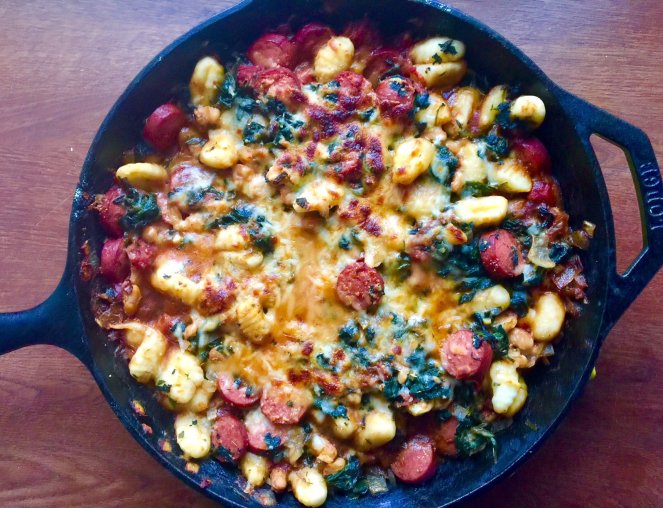 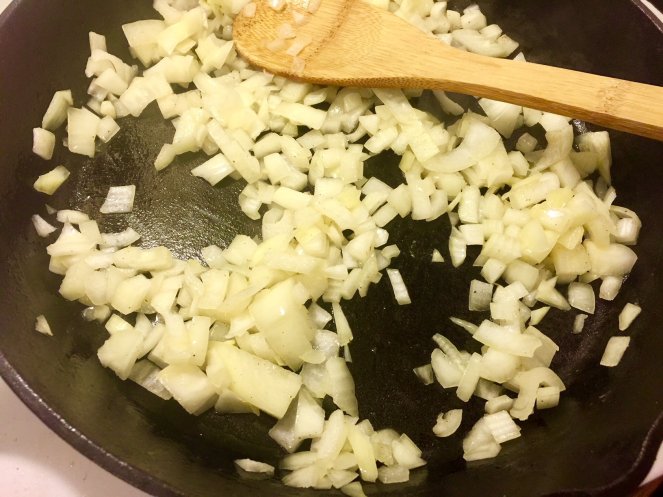 Preheat oven to 425 degrees. Heat oil in a cast-iron skillet over medium high heat. Add onion and cook for 2-3 minutes until slightly tender. Stir in garlic and cook for another minute. 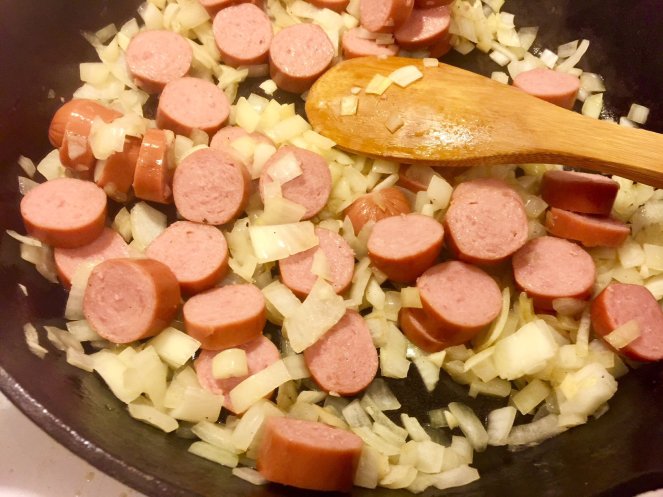 Add sausage and cook until browned, about 4-5 minutes. 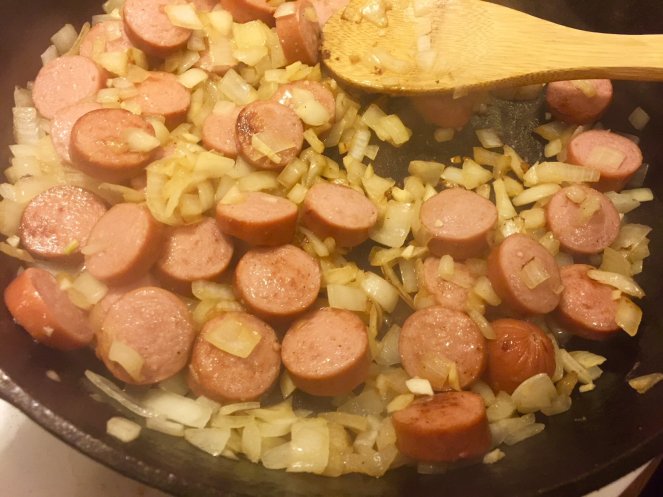 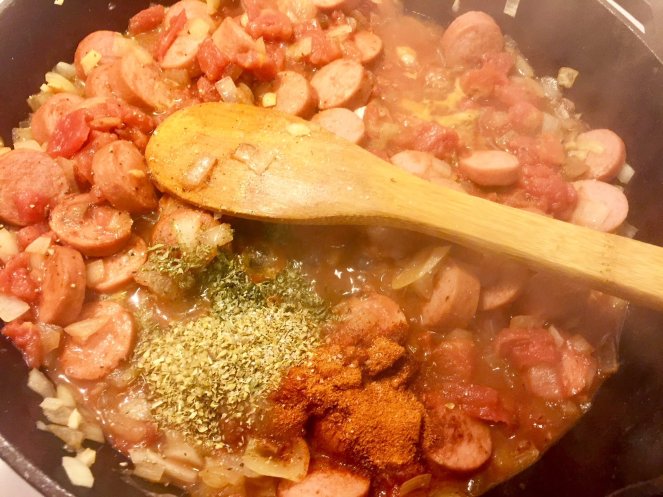 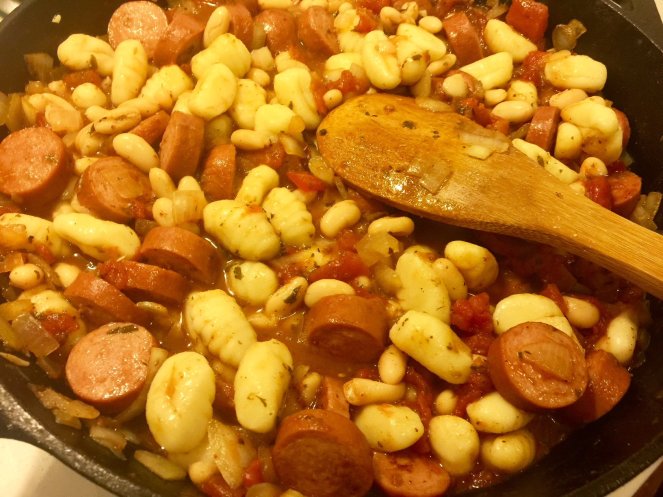 Stir in spinach. Top with mozzarella and Parmesan. Bake for 17-22 minutes or until cheese is melted. 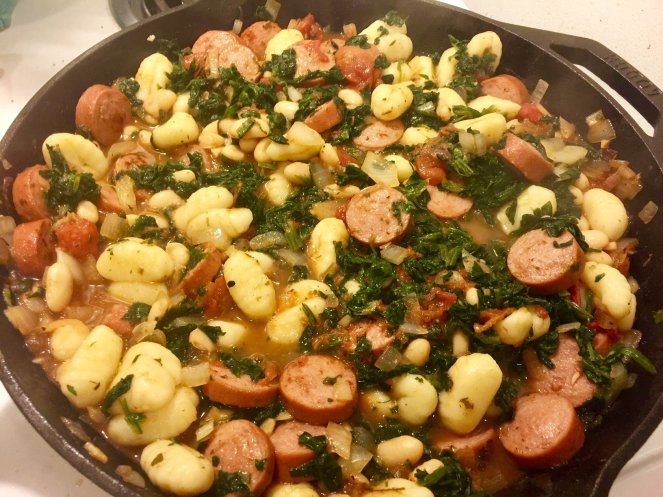 Broil for another 2-3 minutes until cheese is browned and bubbly. 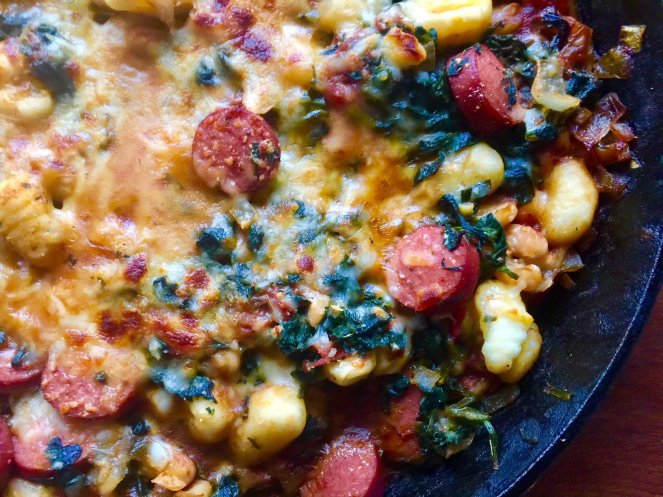