I woke up to the sun beaming outside of my window for the first time in, well, forever.

I’ve disrupted my normal schedule to help fill in working a normal person shift for the first part of this week. It’s a nice change of pace. Being awake during the day is—different. I’ve gotten so used to being a creature of the night that I’ve almost forgotten what it’s like being inside of the land of the living.

This won’t last long, though. I’ve only got two days on this schedule and then it is back to my nightly ways. I do miss my normal schedule. I like the dark and the quiet. It’s so quiet at night and now it’s like I’m being bombarded with a million different sounds that can really grate on my nerves! I miss the peace. The working alone in silence. Sounds depressing—but it’s truly what I love about my normal graveyard shift.

I have a few snacks to help me get through the next few days, including these tasty little morsels. I’ve been meaning to make pizza stuffed zucchini boats for Squash September, but had an epiphany about doing it hassleback-style over the weekend. Genius!

The supermarket I usually go to had GIGANTIC zucchini on sale, so I snagged a couple and went to work. When making anything “hassleback” style, you need a really sharp knife so you can cut through it—just make sure not to cut all the way through. I stopped about midway down the zucchini and was good.

The stuffing part is a little difficult. I’m not going to lie, I did break off a few pieces of zucchini. Tasty mistakes, though. I just at the pieces that I accidentally chopped off dipped in some ranch. A good way to not make this mistake is to probably cut further down, and to not make each piece of zucchini thick. You want lots of little slits in the zucchini for the best stuffage purposes. 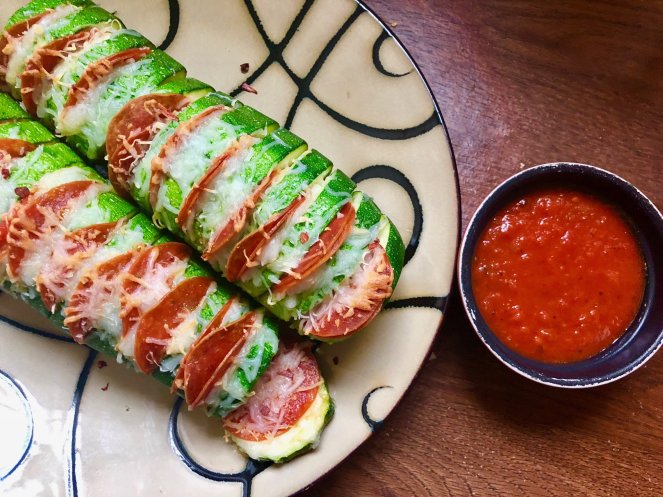 Pepperoni and mozzarella is all you need for the stuffing. I served these boats with a bowl of pizza sauce and a light sprinkle of red pepper flakes. If you’re feeling ambitious, stuff with Italian sausage and mushrooms…or Parmesan and chicken. The hassleback zucchini world is literally your oyster.

Thirty minutes in the oven makes the zucchini still crisp yet slightly tender. You know me, I hate soggy zucchini and squash—so I always cook for a shorter amount of time than most people. If that isn’t your thing, feel free to keep in the oven for 10-15 minutes more. If the cheese gets too crispy that way, just sprinkle on some more on the warm zucchini and let it melt. Perfecto!

This is a great mid-afternoon snack for thos waning weekdays…where the clock won’t tick down fast enough. I can’t wait to eat some this afternoon when I get that hunger pang in the middle of shift! This is pretty much the best amped up snack around. 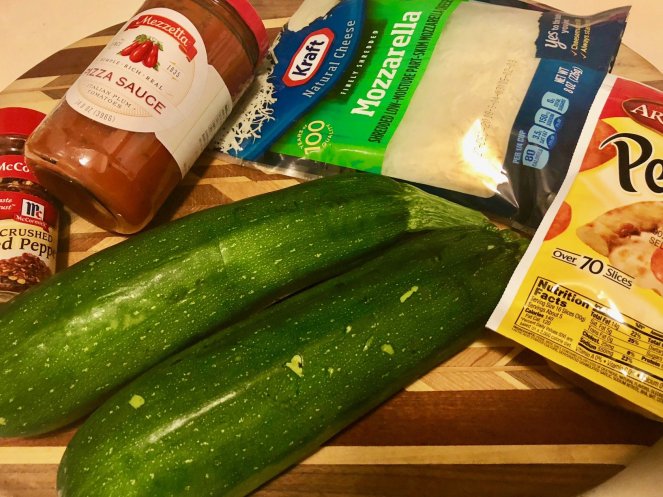 Preheat oven to 425 degrees. Using a sharp knife, cut ends off of zucchini and discard. Slice zucchini into sections, making sure not to cut all the way through to the bottom. You should end up with many thin slits in the zucchini. Place zucchini in a deep baking dish. 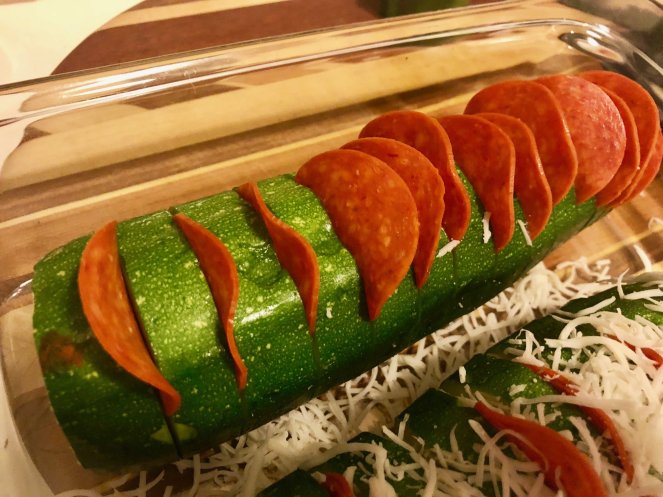 Stuff 1-2 pepperoni into each slit. 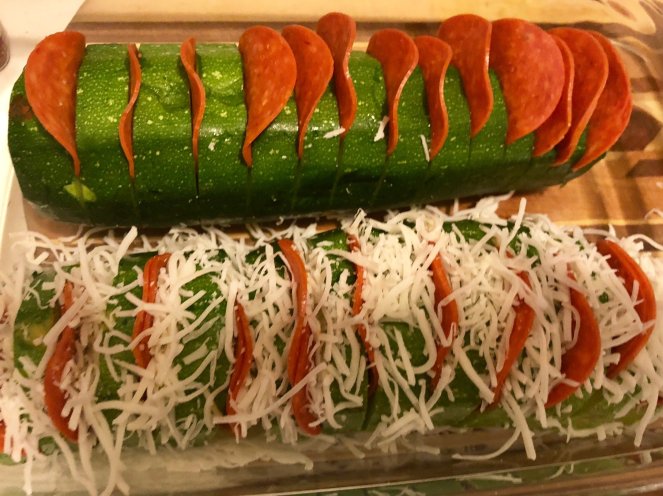 Place a pinch of mozzarella into each slit with the pepperoni. 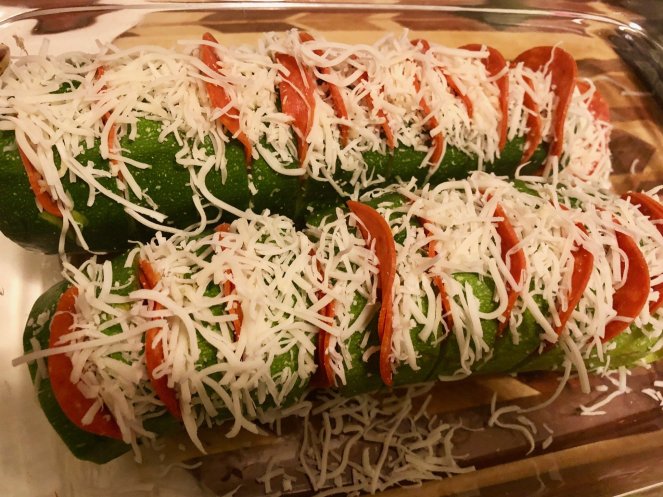 Bake for 20-25 minutes or until cheese is melted and zucchini is crisp-tender. Sprinkle cooked zucchini with red pepper flakes. Serve with pizza sauce.