I’m constantly in awe of all the foods out there that I do not know.

I feel like my taste is very expansive. I’ve tried so many new, different foods over the years. Living in a “big” city definitely helps. So does being adventurous.

I’m not a food expert, but I like to think I know a thing or two about food. That’s why when something unrecognizable popped up at my local farmer’s market last weekend, I had a slight panic attack.

Mashed potato squash. That was the item. I had never in my life seen it, heard of it, or even thought something like it could exist let alone exist at the farmer’s market less than 2 miles away from my house.

The squash looks like an acorn squash in shape and size but has ivory white skin. The flesh inside is silky smooth and soft to the touch even without cooking it first. A small hollowed-out portion in the middle contains the typical yellowish-tan squash seed.

The squash is small and easy to cut into; much easier to cut in half than spaghetti or butternut squash. The roasting process takes about half the time, too.

Once you’re done roasting it, you spoon out the flesh. It comes out of the skin with barely a wiggle of the spoon and has the same consistency as glossy mashed potatoes. Stir in butter, salt, pepper and cream and you have a VERY good substitute for the real thing.

Mashed potato squash is incredibly mild and lacks the normal “squashy” flavor and texture of its counterparts. That’s why it’s an incredible substitute for starchy mashed potatoes if you’re looking for a low-carb side dish.

If you have been scared of mashed potato substitutes because of mashed cauliflower (shudders), I urge you to give this a try—if you can find it.

It only took 34 years for me to even learn a thing like it existed, so here’s hoping you can find some near you. 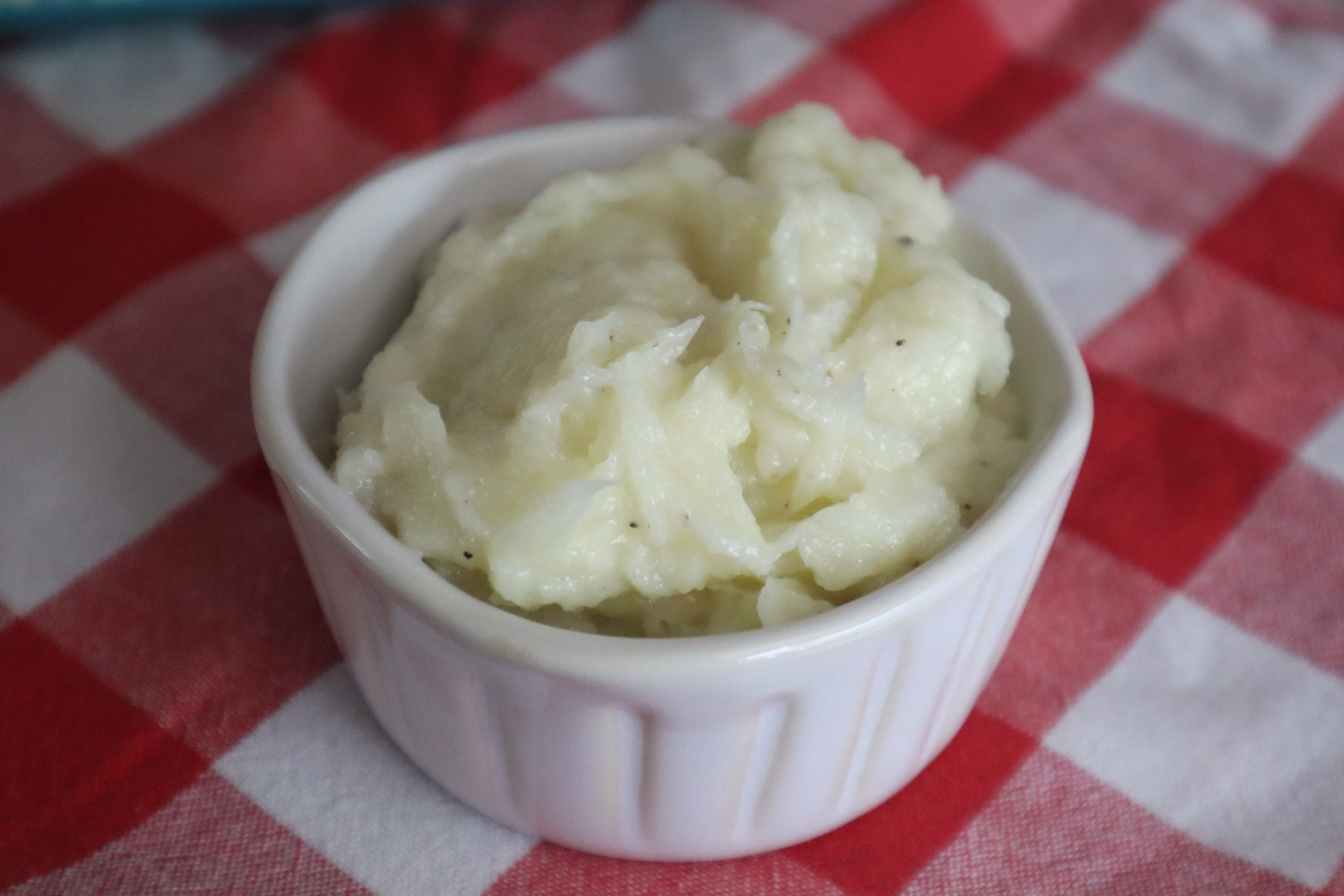 A velvety, creamy mashed potato made completely out of squash.