I was on a cooking spree yesterday, let me tell you.

I had to catch up on both my cooking AND my baking, since I hadn’t used all of the ingredients I had gotten at the store last weekend. I didn’t want anything to go bad, you know? 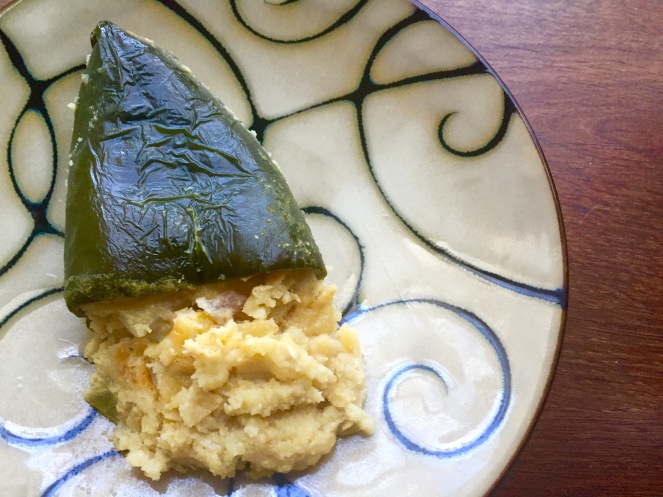 I had also completely forgotten that I had bought these four gorgeously green poblano peppers. I had just written down this recipe a couple of weekends back from a slow-cooker cook book that my mom had hidden in a drawer. I’m a big fan of stuffed bell peppers, so I thought this recipe looked insanely good. I was right! The green chile & Colby jack cornbread stuffing made this dish so incredibly tasty. The best part was how EASY it was to make—the crockpot does all of the work!

If you have a little bit of stuffing left over, just drop it around the poblano peppers. It’s okay if the stuffing spills out a little! They don’t have to look perfect, ya know. 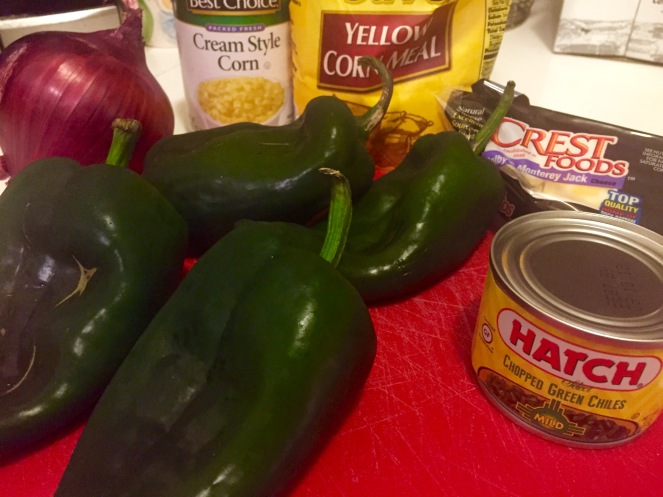 This would e a really good side-dish to serve at a Mexican-themed potluck or just served for dinner with carnitas or carne asada. You could also just eat them by themselves, like I did—they’re so good! 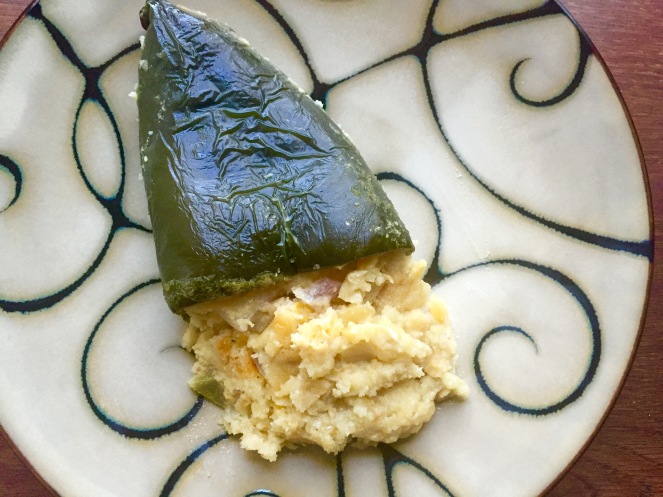