I’m one of the few people in this country that never gets the 4th of July off.

This year, instead of enjoying the sweet summer heat and watching fireworks, I’ll be up at 3am to cover shootings/stabbings/accidents/other miscellaneous breaking news. Oh joy!

I know, I signed up for this gig…and I will be making a pretty penny in holiday pay (OT 2.5x!). But sometime, just sometime, I would like to partake in the festivities of Independence Day. 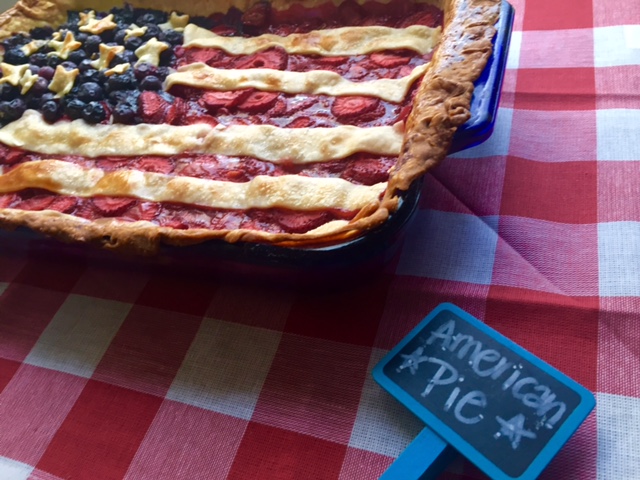 That’s why a few weeks ago I organized a potluck for all of us working at the station (a good 20 of us, by the way) to indulge in after our 5 o’clock newscast. I wasn’t expecting to work the early morning shift when I sent out the invite, so I signed up to bring some baked beans and some other patriotic dish. I’m still going to make it to the potluck (after taking a nap) but I was undecided on what else to bring until a few days ago. I stumbled upon this super cute flag pie and fell in love. 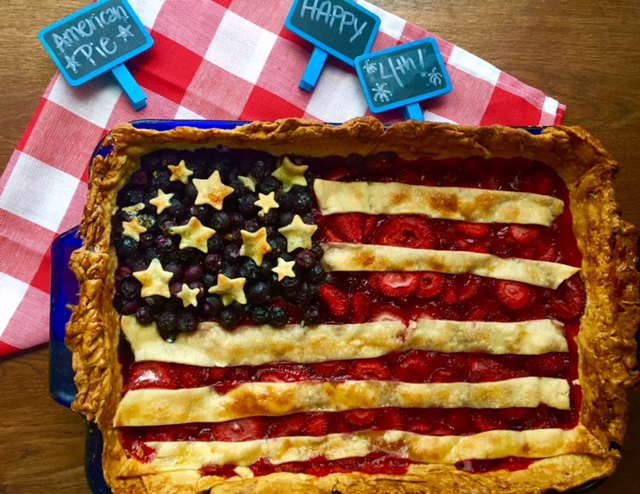 One weird obstacle I encountered while making this pie: It is damn near impossible to find cookie cutters in July. I went to three different places before finding a set of 3 mini star-shaped cookie cutter at Hobby Lobby for $2.99. 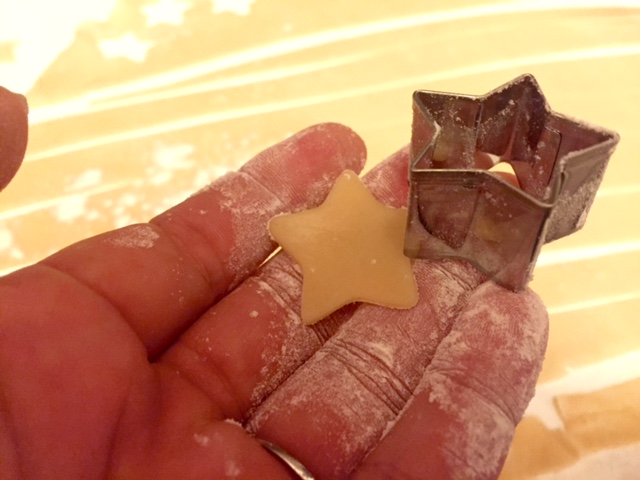 And to think I was going to settle on a bucket of random cookie cutters for $15 at Bed, Bath and Beyond! Hah! I’m very thankful that the clerk told me to try Hobby Lobby…I saved $12 doing so! 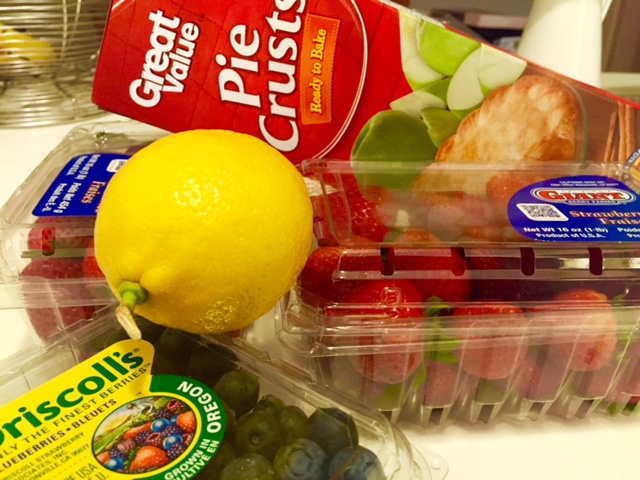 I was very impressed with my pie making skills after this! I usually burn pies or can’t cut shapes very well, but everything came out perfect. I’m going to serve this with some whipped cream, and *hopefully* everybody likes it! It’s definitely a showstopper and is perfect for a 4th of July potluck. 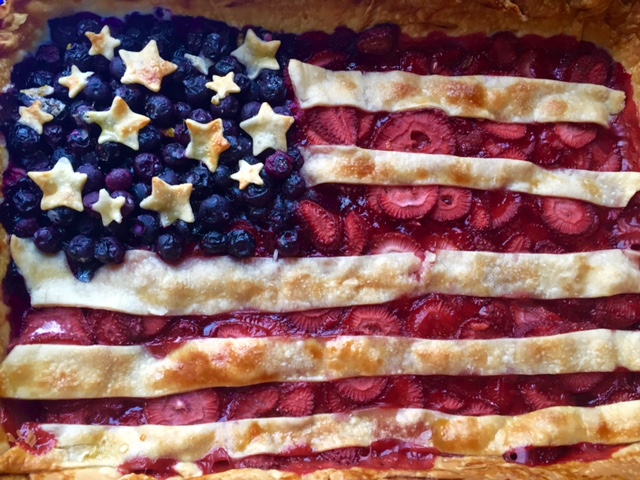