Have you ever scratched yourself so hard you bled?

Before you tune out…let me explain.

Last Friday, my reporter and I were working on a special story outside of Springer, Oklahoma. This little town is about an hour and a half south of OKC and just a few miles away from the Arbuckle Mountains. So, we were literally out in the middle of nowhere, shooting on a tiny road in between two beautifully green fields. It was a beautiful, sunny spring day. Our story was about Magnetic Hill, a supposed “mystical” spot where if you put your car in neutral, a mysterious force will push your car UPHILL. 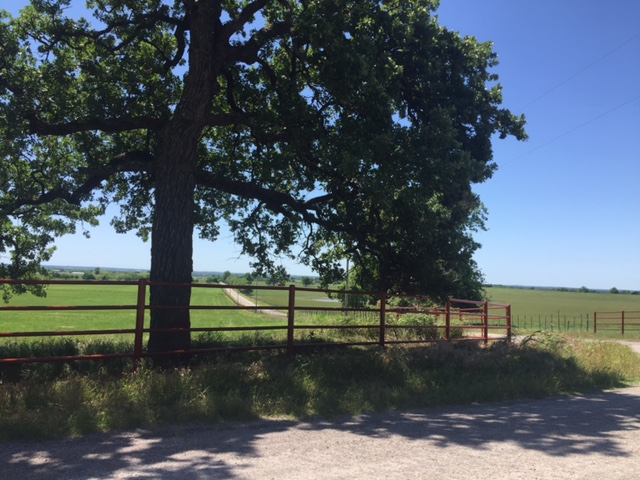 However strange that may be, it’s more than likely an optical illusion. A local folk lore expert we talked to thinks that the fencing on either side of the road  tricks your eye into believing the road goes uphill—when it’s actually going downhill. 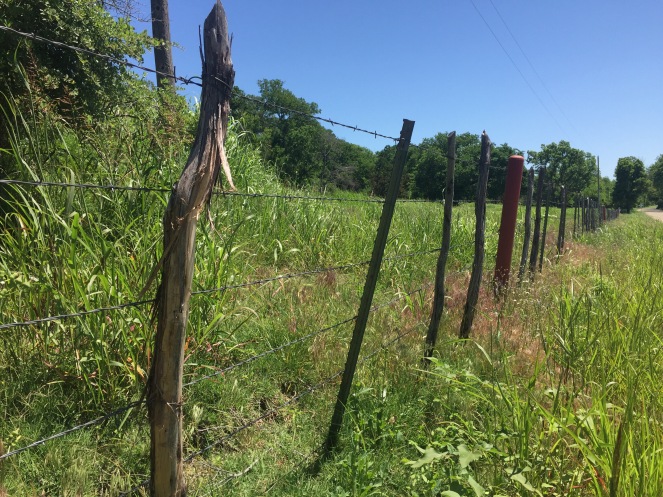 Anyway, while we were waiting on some curious tourists to stumble upon this mysterious hill, I frolicked through some wildflowers.

Yep. You read that right. I frolicked through some flowers.

They were so many beautiful wildflowers on the sides of the road! I found snapdragons, lilacs, little daisy-type flowers, and some other unidentified white flowers. I was curious, so I would scope them out up close and take pictures. Unfortunately, in order to do that, I had to walk through some really, really tall grass.

And in that grass? Burrs. And more than likely chiggers.

The itching started on the drive back. The more SEVERE itching started the next day, when I discovered little red bumps on the tops of my feet, behind my knees, and all up and down both legs. I’m just like a little kid—I’ll scratch until I bleed. In fact, a lot of the little bumps/bites on my legs are accompanied by tiny purple bruises. I guess I’m a strong scratcher!

Now, after officially grossing you out with my weird itchiness, let’s talk about food.

We already went over how to make this cajun favorite, now let’s tackle a traditional Cajun (originally Native American) side dish: maque choux. You pronounce that word “mock shoe”, by the way.

Maque choux is very similar to succotash, minus the legume (lima bean) part. It’s a smothered-corn type dish that usually includes ingredients like red pepper, green onions, and bacon. I decided to make mine a little different by roasting the corn in the oven first instead of braising the corn in bacon grease and then slow-cooking it, which is how it is typically made.

I didn’t have foil to wrap the corn with so instead, I used to next best thing: the corn husks! Hah! Innovation! The husks kind of shriveled up and burned in the end, but the corn ended up perfectly roasted.

This creamy yet spicy side dish pairs wonderfully with fish and chicken; or any light entrée. You can also make this side dish into a meal by adding some Cajun-spiced shrimp or crawfish tails! 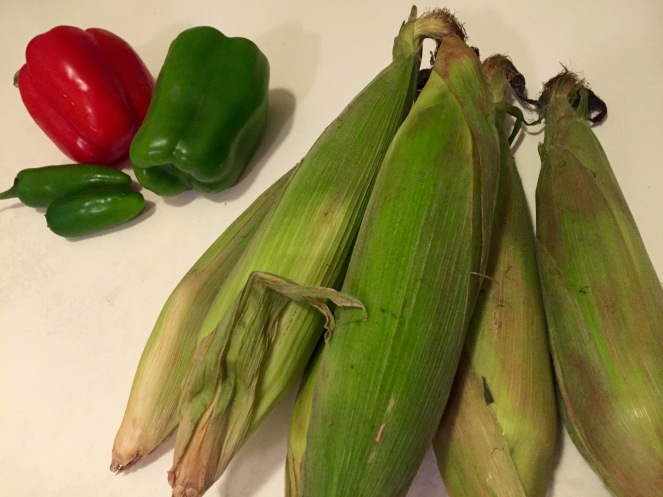 This dish is like an amped up version of creamed corn—a spicy, bacon-y version! It’s not burn-your-mouth hot since you deseed the jalapenos, but it does have a light heat index. Enjoy!