I absolutely adore this time of year.

The period of time between Halloween and Thanksgiving is my favorite time of year. There are pumpkins everywhere, people are starting to put up their Christmas stuff (me included) and Thanksgiving foods are placed at the front of the grocery stores.

I’m well stocked up for the holidays (despite not cooking for Thanksgiving–I have to work). I’ve got enough chicken broth to last me through January at least, plenty of potatoes, cans of corn, and stuffing mix.

I bought a gigantic bag of sourdough stuffing from Costco and it is seriously some of the best stuff I’ve ever had. It is SO good, so savory, and wonderfully flavored.

I used some of the stuffing for this pork dish I found in one of my recipe tins. It worked so well in this recipe! It was crispy on the outside and nice and moist on the inside. 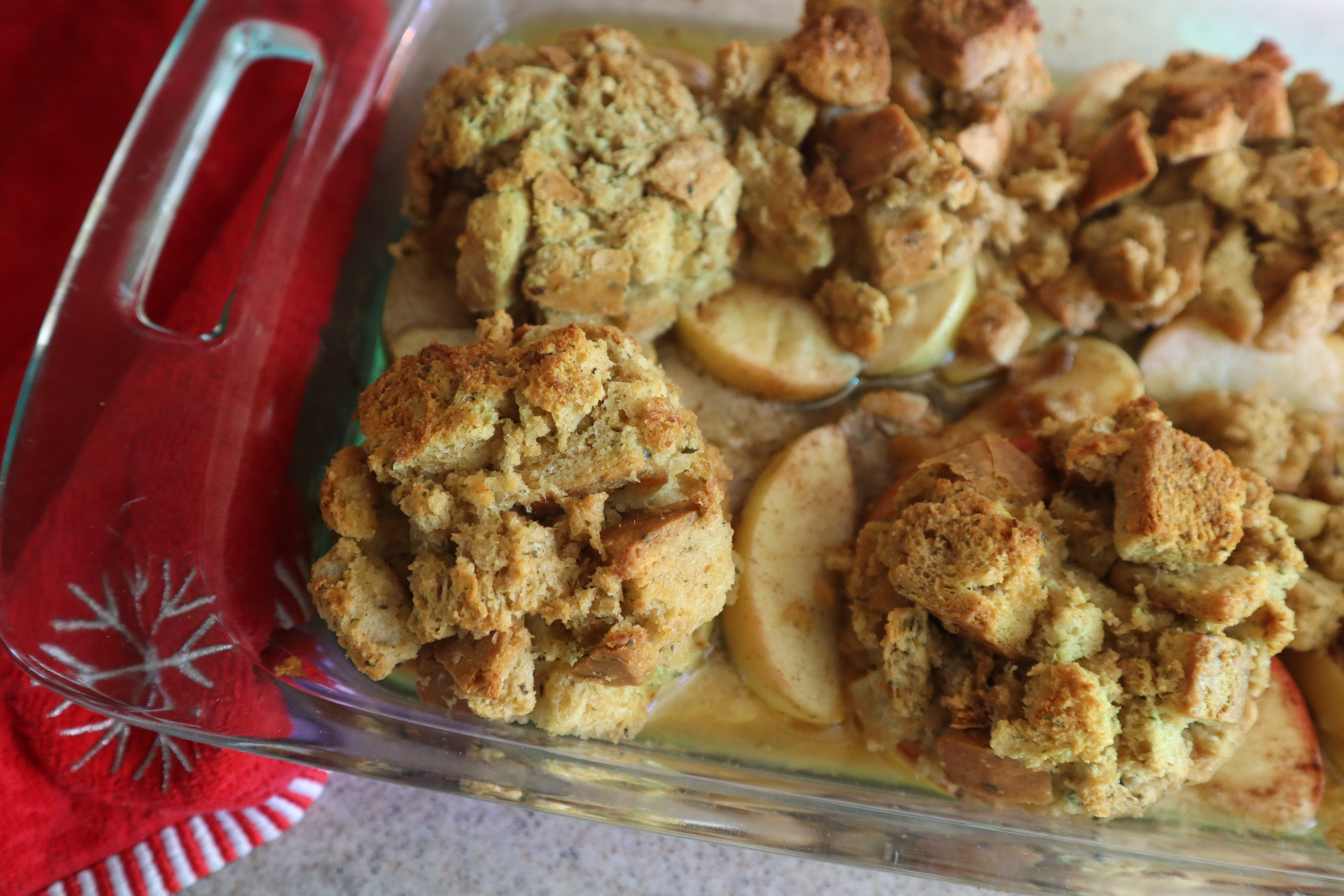 One thought on “Pork & Apples with Stuffing”