It’s been a busy week in the Wilson-Welcher household. We’ve celebrated birthdays, retirements, and won some awards.

On Friday, I went to an awards luncheon for the Oklahoma Associated Press Broadcasters. Awards were given out to radio and television stations across the state of Oklahoma, and I won quite a few awards! I also got first place for Spot News Photography; for a story I had done about an ice storm in November.

This weekend we travelled down to my hometown of Wichita Falls, Texas, to attend my stepdad’s surprise retirement party. After 16 successful years as a drama teacher at Rider High School, he decided to retire early to move with my mom to Montana! His ex-students, spanning all 16 years, threw him a HUGE party in his honor. It was quite the party! Before we went to the shindig,  Rob & I met up with my best friend Jewelz for lunch at a legendary Wichita Falls establishment: Casa Manana.

Casa Manana is home to the BEST Tex-Mex in North Texas, and it is also the home of the famous Red Taco….a thick, homemade corn tortilla dyed a bright red and deep fried. Yum, yum, yum! 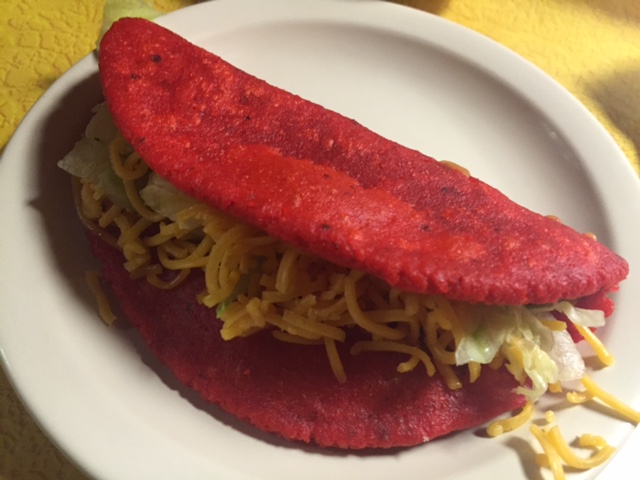 After lunch, the three of us went antiquing at all of the cool shops in downtown Wichita Falls. I found two old cookbooks for $12, Jewelz found THE BEST Wichita Falls Junior League cookbook, and Rob ended up empty-handed. I also managed to find this really magical framed picture for $3:

We just returned from Texas today, and I’ve been napping on and off all afternoon. It’s nice to just spend some days on the couch relaxing! I’m about to get up off my butt to make a chicken and egg lo mein (recipe forthcoming), but I thought I’d share this recipe first.

I made these mini pita-pocket pizzas, or pizzettes, as a snack to eat while watching the Thunder game last weekend. 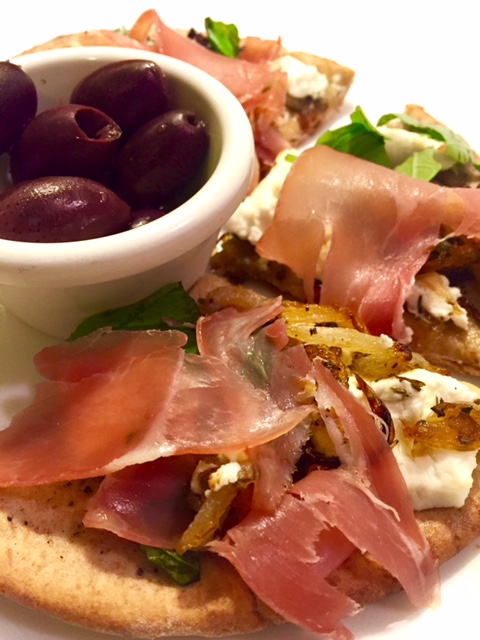 The Thunder lost the game, but I WON with this recipe! The pizzettes turned out to be really tasty, and they’ll get filed away to be used for the next sports gathering we host!

The sweet caramelized onions mingled well with the creamy cheese and salty prosciutto. Pita pockets are so versatile, and to use them as a pizza crust is brilliant. Originally this recipe called for refrigerated pizza dough, but I had some whole-wheat pita pockets on hand so I used those instead. You should too! These were so delicious, they didn’t last on my plate long. Enjoy! 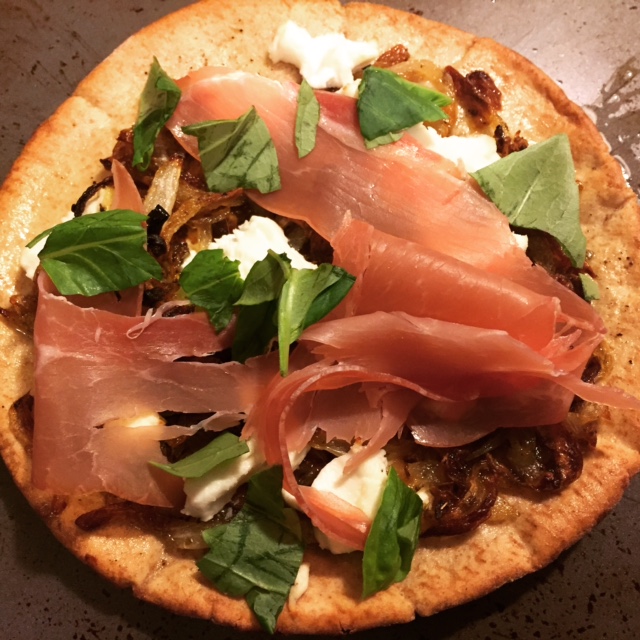