Call it what you will. One of the greatest inventions of all time. The best thing since sliced bread. A food everyone can agree on. A food with thousands of different versions to choose from. A great battle between Chicago and New York. 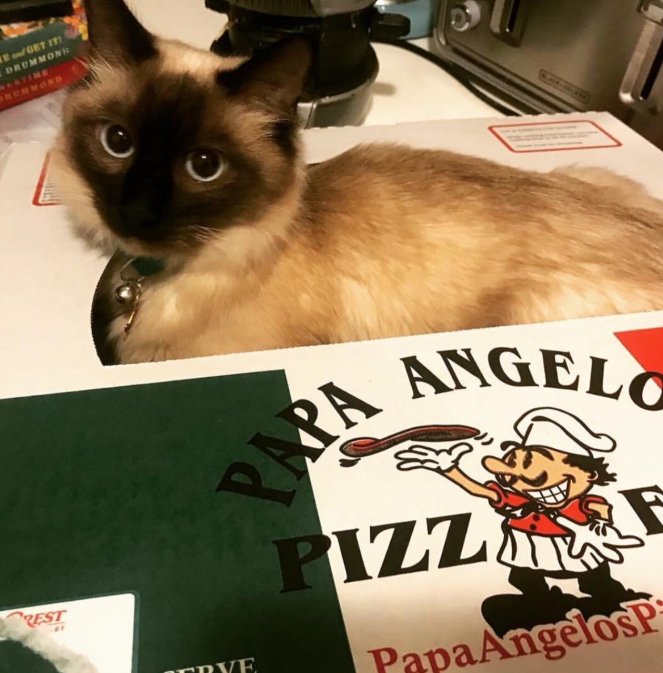 It’s the one food in our culture that not a single person dislikes. At least, not from anyone I’ve ever met.

I’m not a pizza snob in the least, but I love different stuff on my pizzas. Don’t get me wrong, I did wolf down a half a pepperoni Red Baron pizza last night (with a huge dollop of ranch). But when I go to different pizza places, I like to be bold. Different. Give me that pizza with potatoes on top. Balsamic drizzle? Sure thing. Broccoli? Why not. 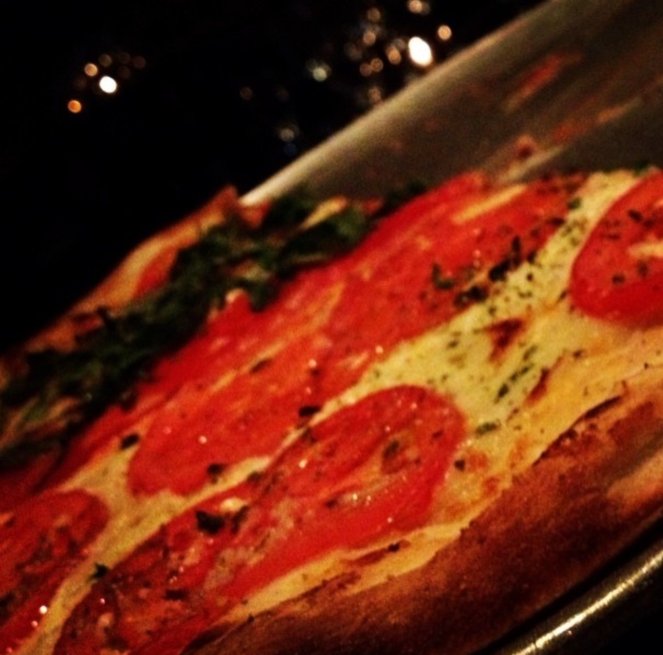 I like pizza so much, I got engaged at a pizza place.

Pizza is just engrained in my personality. Sharing a pie with friends, my husband, or a random person seems to bring everyone together—and will send you into a happy-induced coma. Pizzzzzza. 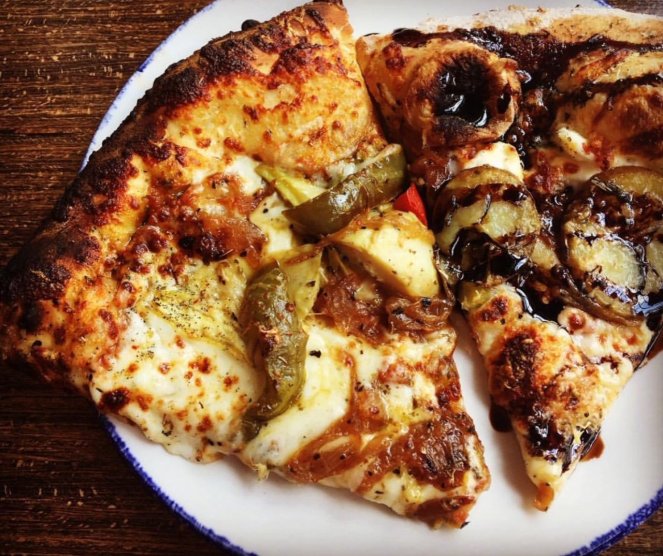 There’s a delicious fig & pine nut pizza at a place I love here in Bricktown. New York style pizza at a joint in the Plaza District. Warm, crusty slabs of the stuff topped with weird ingedients in Midtown. I think I have all the pizza parlors in OKC down pat. 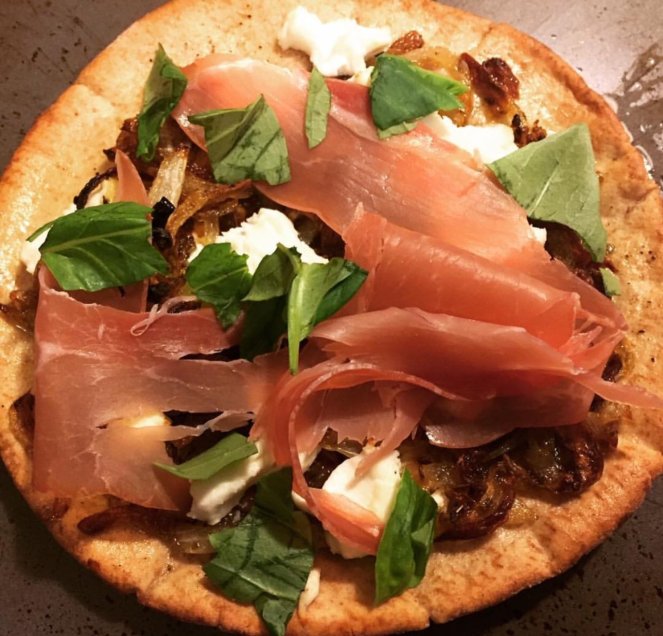 Playing off the pizza rift, I wanted to do something different recently in my own personal pizza place: my kitchen. I’ve made a pita pizza once with caramelized onion & prosciutto, but other than that I’ve never really shared another pizza recipe with y’all. 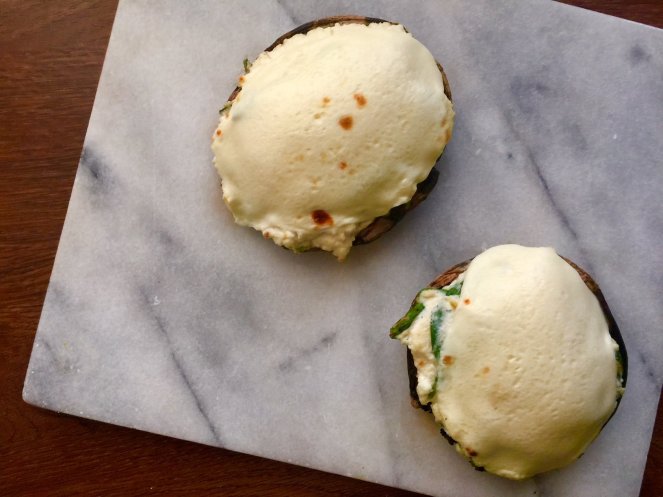 Enter this vegetarian delight. I spotted people making pizza with big portobello mushroom caps on Pinterest, but went a different way with it. A good white pizza has always pleased my appetite for a pie, so I sat down to make a portobello version.

It’s simple, really. All you need is ricotta, some lemon, spinach, and fresh mozz. You’ve got to use the fresh mozzarella. That’s what makes a white pizza so good to begin with. It’s salty and melty and oh-so-good. 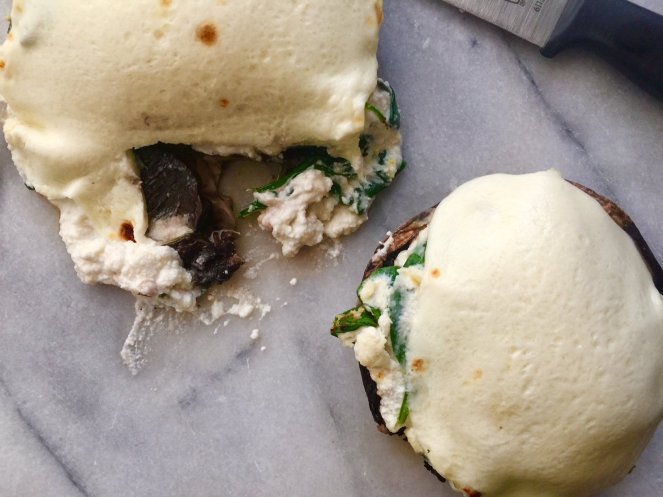 Can anyone else just eat ricotta straight out of the container? No? Just me? Oops. I’ve got a slight obsession with ricotta.

These mini pizzas were the bomb. I ate them as snacks during my mid-shift breaks at work. They are easily transportable and take no time to warm up to perfection. Standby for future mushroom pizzas! 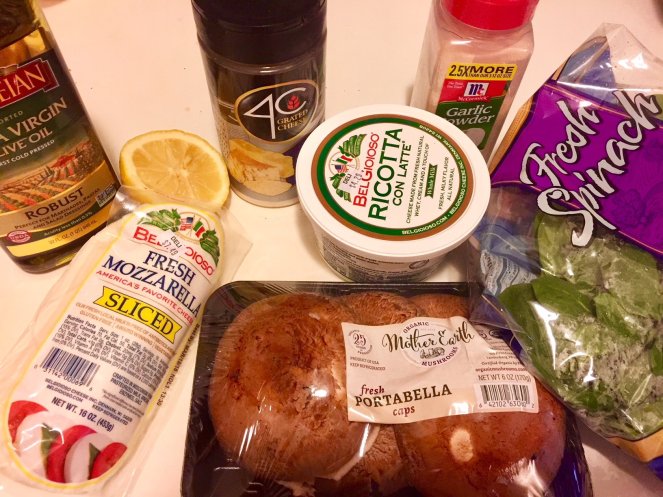 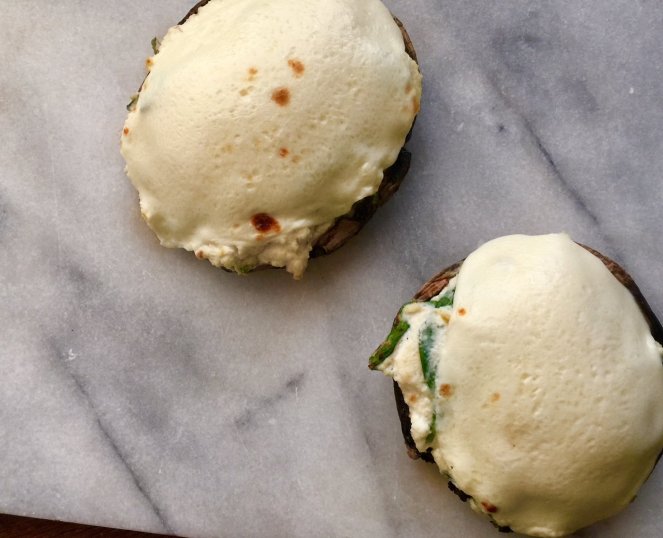 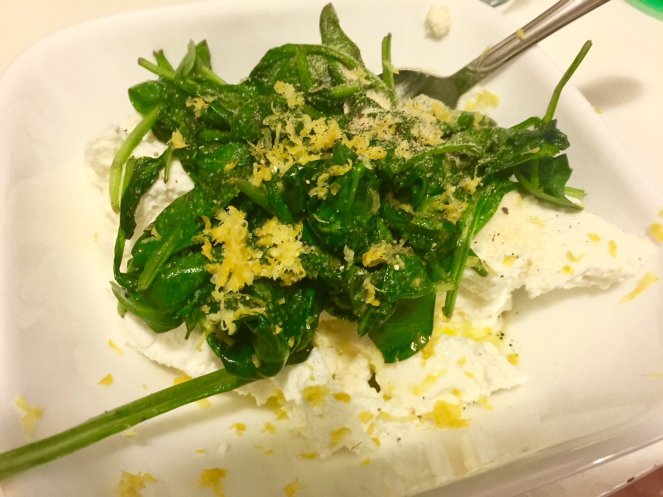 Preheat oven to 400 degrees. Place mushroom caps on a baking sheet and brush with olive oil. Bake for about 5 minutes until slight soft. Wilt spinach in a little bit of water in the microwave. Add spinach to a large bowl with ricotta, Parmesan, lemon zest, garlic powder, salt and pepper. Stir until well mixed. 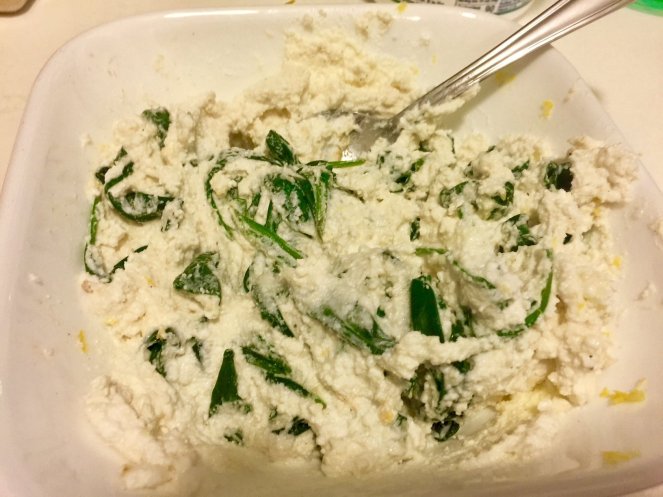 Well mixed ricotta mixture. Try not to eat all while waiting on mushrooms. 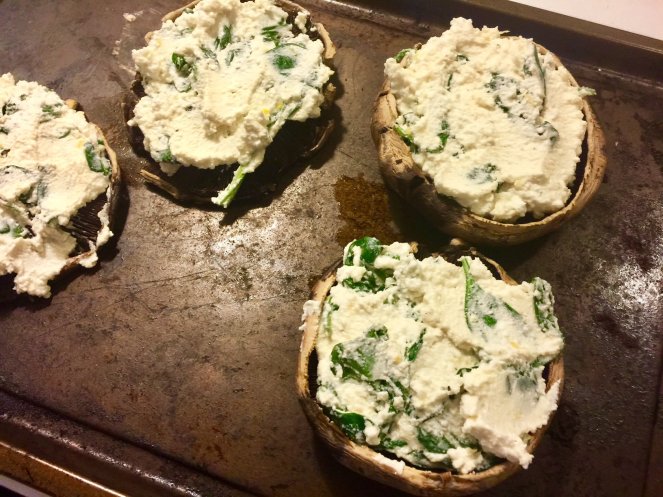 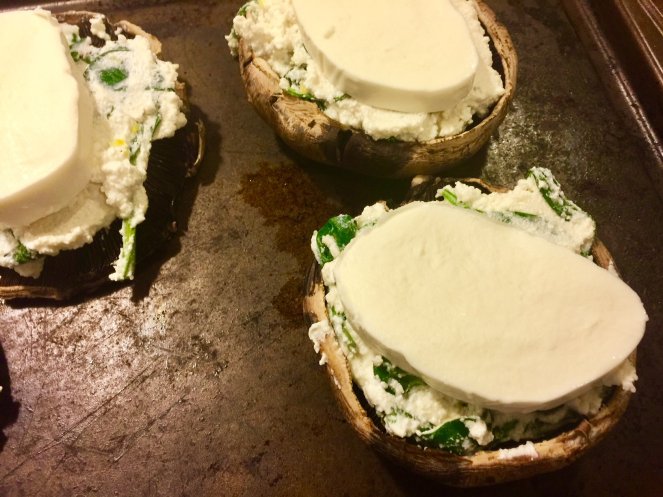 …then top with fresh mozz. 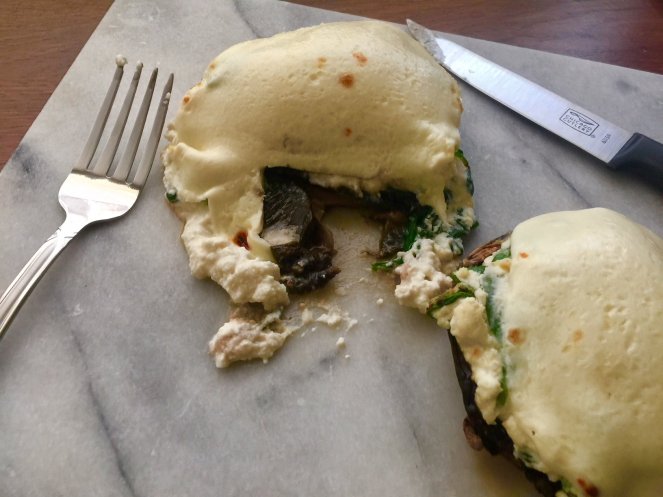 Bake for about 3 minutes then set oven to broil. Broil until mozzarella is browned and melty. 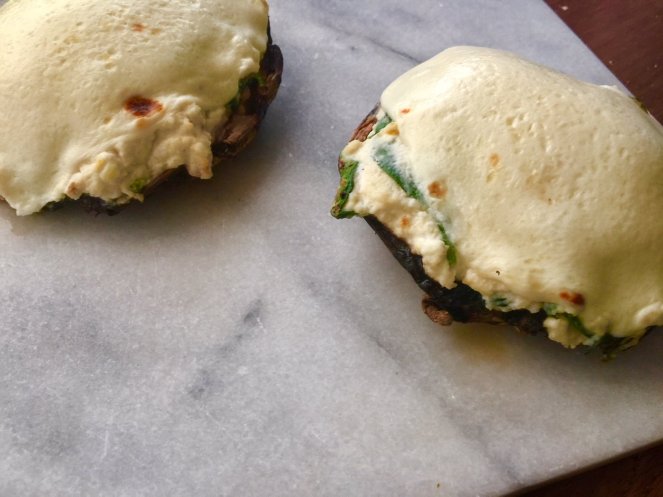