Soup’s on! Even though it is still 80 degrees here in Oklahoma. Seriously, state, get your crap together. It’s November. We’re three weeks away from Thanksgiving. It’s supposed to be FALL…and I still haven’t seen the inside of a jacket this season. Geeze.

I pulled only about a metric ton of soup, stew and chili recipes anticipating cooler weather. Boy, was I wrong. Now I’m left sweating while eating deliciously hearty soups! Ugh. The struggle is real, y’all.

I’ve been experimenting with lentils lately. You obviously saw them shine in the last recipe I posted (this yummy Harvest Chicken Lentil Chili) and here I am integrating them into this soup.

Lentils are full of protein, and they add some heartiness to soups and stews that you typically get from a starch like potatoes. Well…I couldn’t leave potatoes out of this soup, even with the lentils that are in it. I am a bit Irish, don’t ya know. I am a fiend for potatoes. 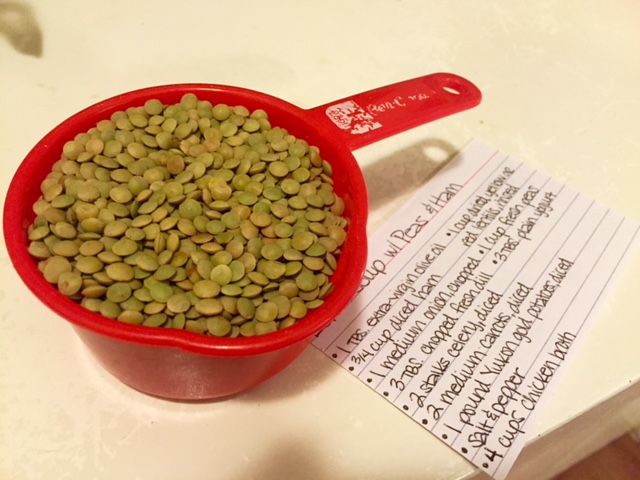 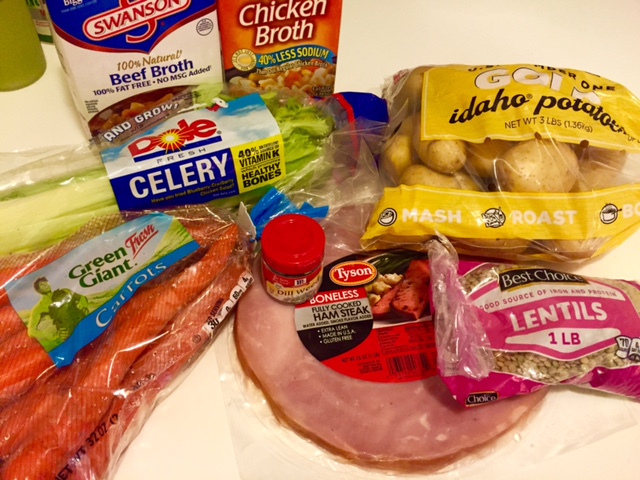 Heat olive oil over medium high heat in a large pot. Add the ham, onion and dill, cook, stirring frequently, until the onion is translucent, about 5 minutes. 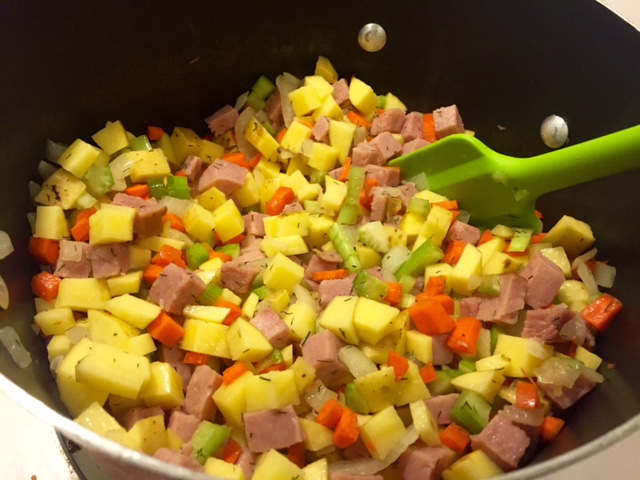 Add celery, carrots, potatoes, and 1/2 cup water and salt and pepper (to taste) to the pot. Cover and cook, stirring occasionally, until the veggies are tender, about 8-10 minutes. 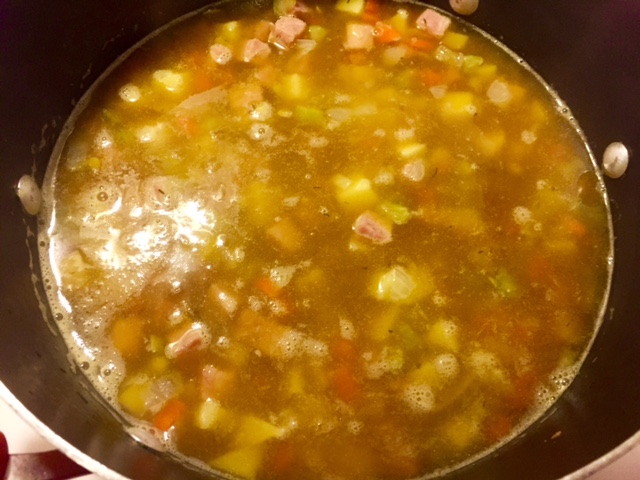 Add the broth, 1 1/2 cups water, and the lentils; cover and bring to a simmer. Uncover, and cook until the potatoes are tender and the lentils begin to fall apart, about 12-15 minutes. Stir in the yogurt and warm until heated through.

It may not look like the prettiest dish on the planet, but it sure does taste good. One ham steak (that you usually buy for breakfast) ends up being the perfect amount for this soup. Don’t waste your money on a two pound ham chunk!