There’s a nip in the air, but the sun’s warmth makes it better. A light beat pulsates in the distance. The smell of deep-fried foods wafts through the streets. Vibrant colors of oil pants can be seen in the distance.

It’s a spring rite of passage for Oklahoma City. The everlasting, annual event that marks the end of a frigid winter and the beginning of spring. Along with the red buds blooming and the Memorial Marathon, it’s something you can count on this time every year: The Festival of the Arts.

It’s been 50+ years since the festival first made its mark on downtown Oklahoma City. In 1967, when it first began, there were few booths full of art and only one thing to eat: tuna sandwiches. Now, like the season its held in, the festival has blossomed into something much more. There are hundreds of artists showcasing their talents and dozens of food vendors displaying their cuisine on a stretch of road known as Food Row.

As much as you can count on the festival being there (except for in 1995, when it was cancelled just weeks after the bombing), you can count on another landmark institution for OKC: Strawberries Newport. 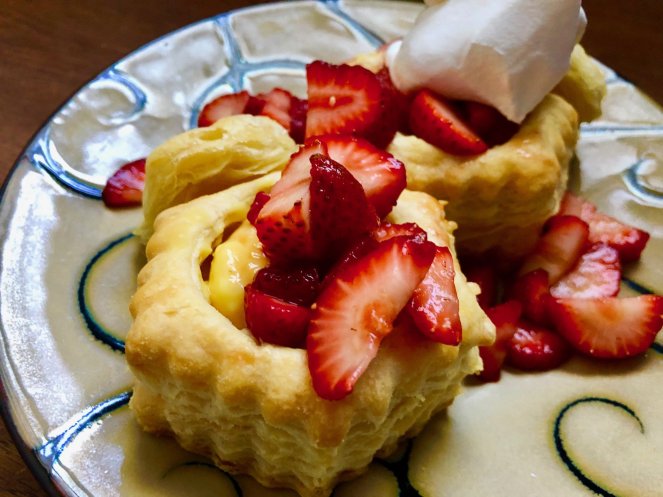 The same family has been making the dish for the festival for nearly 40 years. This delicacy isn’t just a local favorite, it’s hyper local. You can only get it in one place, one time a year…and that’s at the Festival of the Arts.

Strawberries Newport is simple, yet elegant. There’s nothing more refreshing on a warm spring day that a bunch of sugared strawberries mixed in with custard and whipped cream. The whole thing is piled on top of pillowy sheets of puff pastry and served with a smile.

The family goes through a few tons of strawberries and custard every year. People line up for the dish. Strawberries Newport is as much the Festival of the Arts as the artists are. In it’s own, it is art. It’s a beautiful creation that leaves an imprint on everyone’s memory.

This is my cheap version of the classic. I’m not about to make my own custard, so I improvised with instant vanilla pudding. A tub of cool whip, patty pan puff pastry shells and fresh strawberries later—and I had Strawberries Newport. The best part is, I don’t have to wait once a year to get my hands on the dessert…I can make it whenever I want.

It may not be as good as the original, but it’s a good version to make yourself. This way, you can enjoy it long after the Festival has packed up and left town. 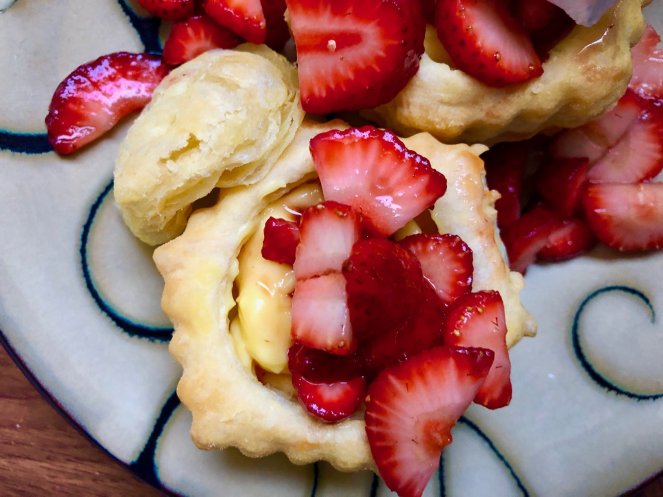 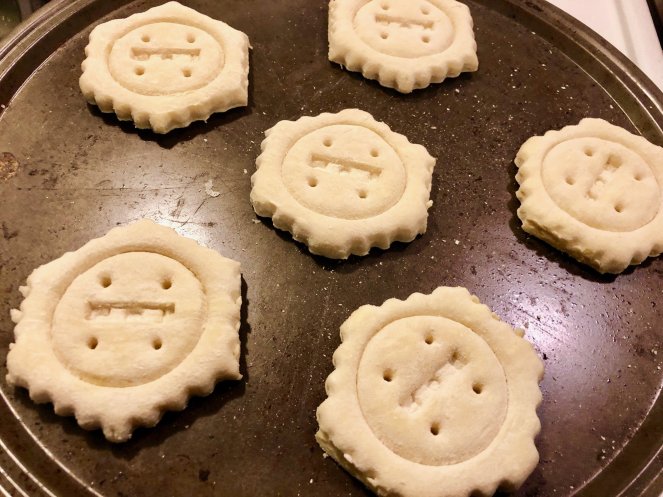 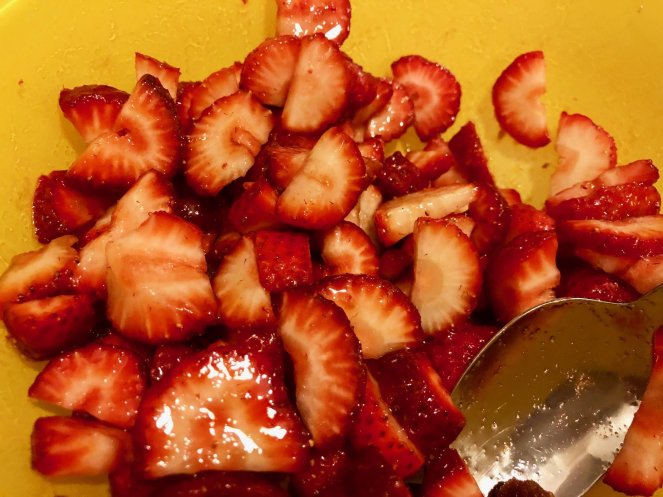 Make the strawberry filling: stir together strawberries, brown sugar and vanilla until sugar dissolves. Stuff pastry shells with pudding. Top with strawberries and a scoop of whipped cream and serve.