The past few times that I’ve cooked any bit of seafood, it has seriously stunk up my house. I love any and all seafood, so I don’t have a sensitive nose to the smelliness that may accompany fish—but man, my house sucks in that smell and keeps it lingering for days at a time. 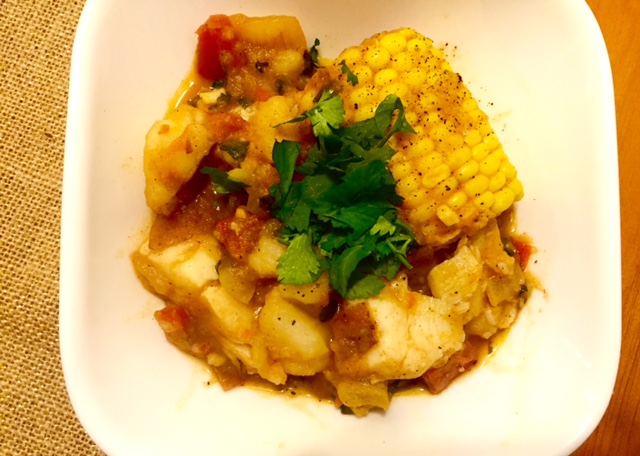 So, when I ran across this recipe, I was a little nervous to make it. I didn’t want my house to smell like fish again! It looked really good, what with the corn cobs, potatoes and fresh cilantro…so I knew it was my destiny to make this stew. ‘

I was not let down! And since the tilapia fillets marinated in lime juice, the lime kind of masked the fish smell. This stew was so, so, sooooo good. I love the tangy, spicy, and meaty taste of everything in this meal. The ancho chile powder was a nice touch, and so was the WHOLE bunch of cilantro I threw into the pot.

That should be my life motto: You can never have too much cilantro! 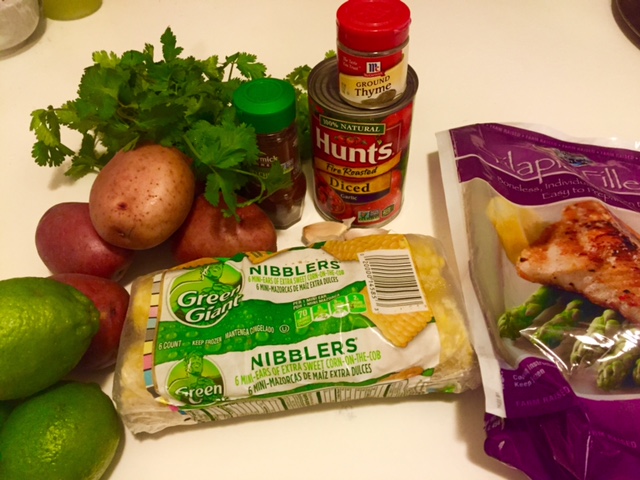 A spicy Mexican stew made up of fresh tilapia, potatoes, corn and cilantro.

Put fish in a shallow dish and season with salt and pepper. Juice the 3 limes over the top of the fish and toss to coat. Set aside. Put the potatoes in a saucepan and cover with water and season with salt. Bring saucepan to a boil and add the corn and cook until veggies are tender, about 10 minutes. Drain reserving 1 cup of the cooking water. 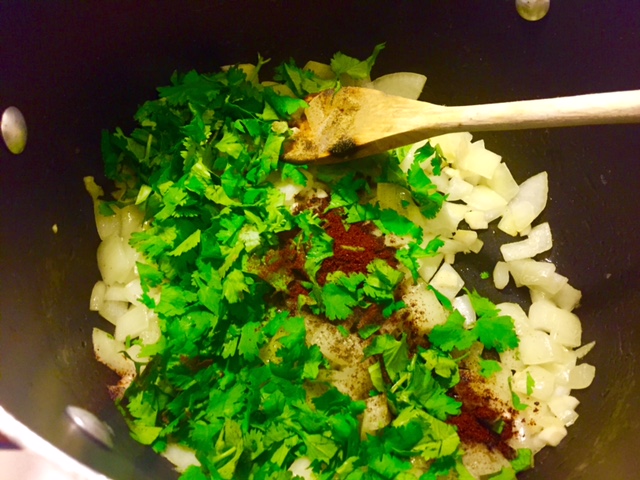 Meanwhile, heat olive oil over medium high heat in a large pot. Add onions and cook, stirring, until onions are translucent and tender, about 3-4 minutes. Add 3/4 of the chopped cilantro, thyme, garlic and chile powder to the pot. 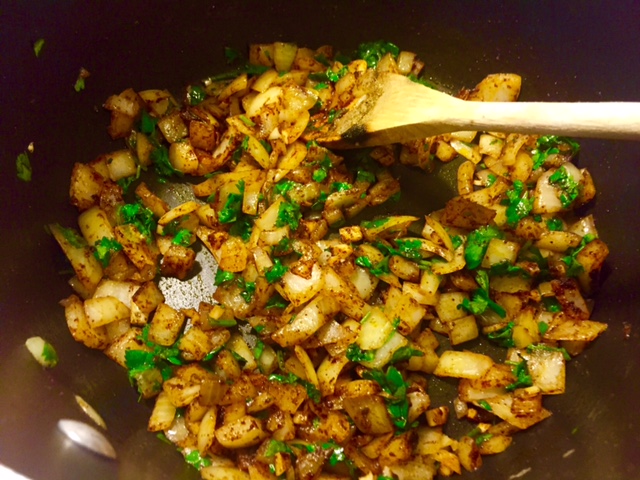 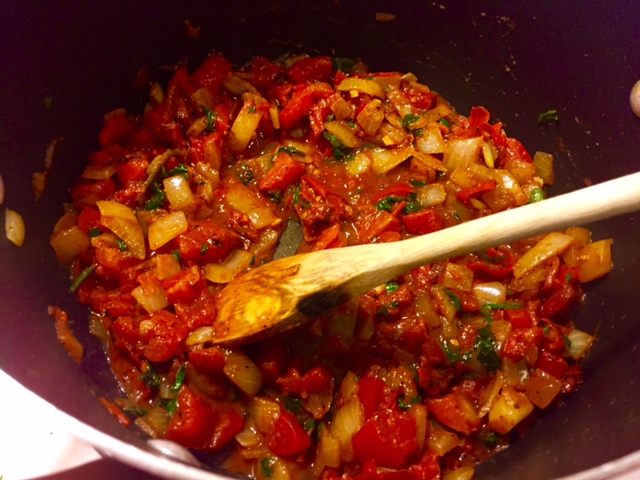 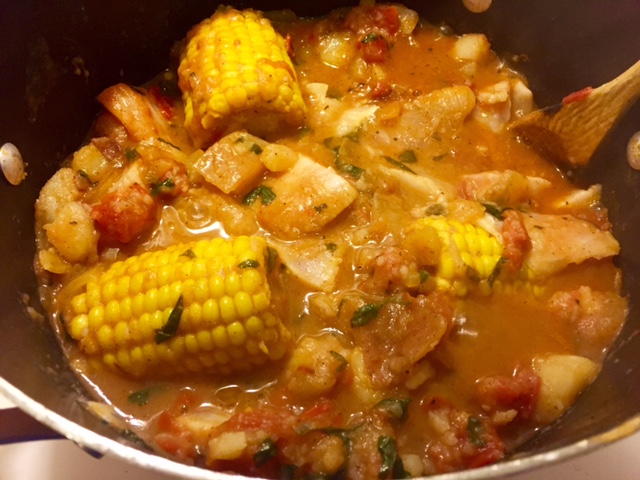 Add the potatoes, corn, and reserved cooking water to the pot. Add the fish and lime marinade to the pot and stir to combine. Simmer, spooning sauce over the fish, until fish is cooked through, about 5 minutes.

Season stew with salt and pepper. Divide the stew among bowls and serve with the rest of the chopped cilantro.