The biggest upset in the March Madness tournament just happened, effectively rendering the rest of my bracket useless. Villanova fell to Wisconsin by just 3 points, wiping away any hope of a repeat championship for the school out of Pennsylvania.

I’m actually kind of glad Wisconsin won, because I was going to write up this Wisconsin-inspired recipe today! This one is really a stretch, since I’ve also never visited the state of Wisconsin. However, being, like, the biggest fan of cheese, I know that some of the best cheese in this country comes from Wisconsin. 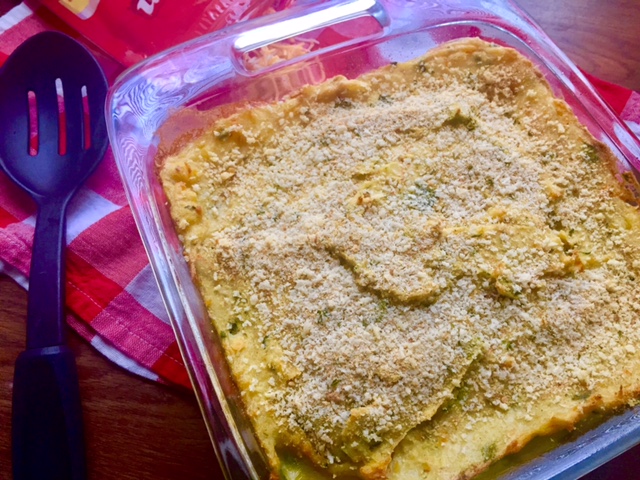 My favorite Parmesan is a Wisconsin-brand cheese. Some weirdos wear cheese blocks on their heads at Packers games up there. Cheese is love, cheese is life.

I scrounged up this recipe in an old recipe box of mine and decided to tweak it a bit. I didn’t actually use Wisconsin cheese (wah wah), but there is a ton of shredded cheddar jack in the mashed potato topping.

I’ve made a shepherd’s pie before that was actually pretty good, but making it with chicken? Now that sounded delicious. This recipe is really simple; the chicken sits alone under a layer of cheesy-mashed potatoes that are loaded with spinach and shredded carrots. It’s really tasty…and it really hits the spot when you’ve completely busted your bracket with Wisconsin’s upset win. 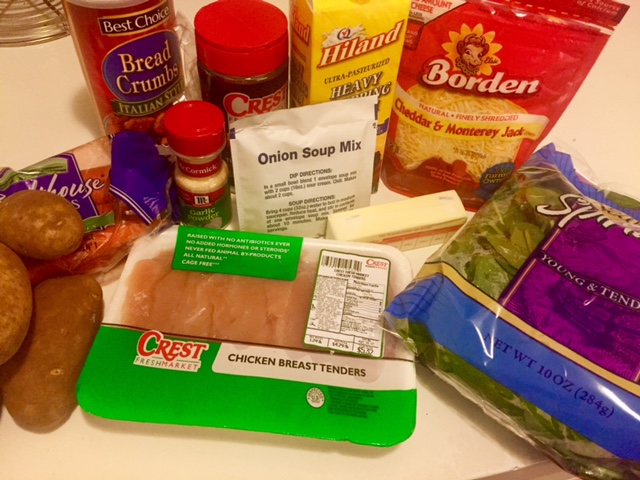 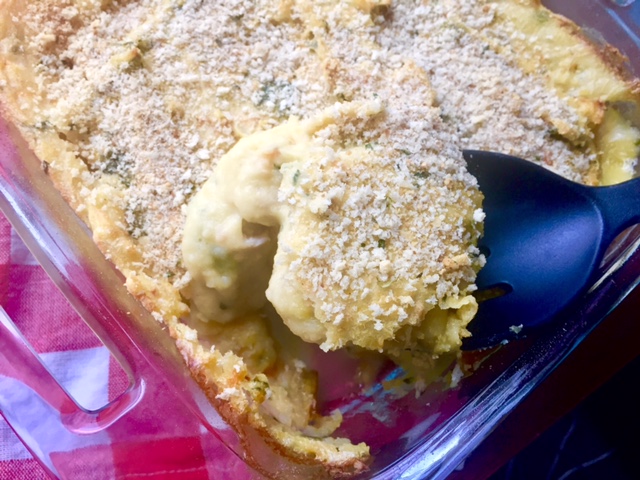 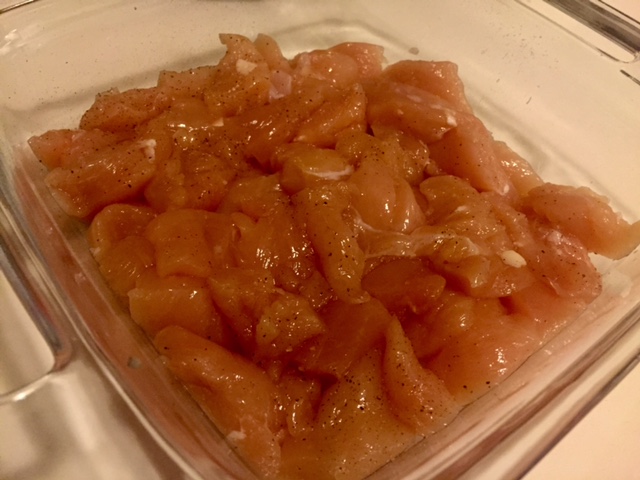 Grease an 8″ square baking dish. Place chicken in dish and season with salt and pepper.

Spoon mashed potato mixture over chicken. Bake, uncovered, at 350 degrees for 45-50 minutes or until chicken is cooked through.