It has only been one day since Villanova lost, and with it my dreams of being that 1 in 9,223,372,036,854,777,808 to fill out a perfect bracket was lost with them. Thinking that Villanova was going to make it further in the tournament, I had planned to make a Villanova-inspired recipe for Meal Madness this weekend.

Well, I’m not the best at predicting things, so we’re going to have a few recipes after teams have already lost. That’s okay when the recipes are stuffed with cheese and beef, right? Right.

Villanova University is apparently located in Philadelphia, so the recipe to make was clear: Philly Cheesesteak. I didn’t want to make a simple sandwich, so I opted for going outside the box a bit. I’ve been smitten with those bags of mini sweet peppers at the grocery store for a while now. Mini peppers + philly cheesesteak stuffing? Now that sounded like a good time.

I forgot to grab some mushrooms (I LOVE mushrooms in cheesesteak sandwiches) but I got most of the key ingredients for a good ol’ fashion cheesesteak: sliced beef (I used London Broil deli meat and it worked perfectly), cheese (cream cheese AND mozzarella) and onions.

I know mozzarella isn’t the traditional cheese for cheesesteak, but it melts and browns so well in the oven that I had to use it. Plus, I’m lazy. I didn’t feel like grating provolone. Grating can really, well, grate on my nerves. You can use whatever cheese that you like, but I really think mozz is probably the best.

Time for a taste of Philly with flair! You will definitely impress your guests with these stuffed peppers if you’re throwing a March Madness viewing party. 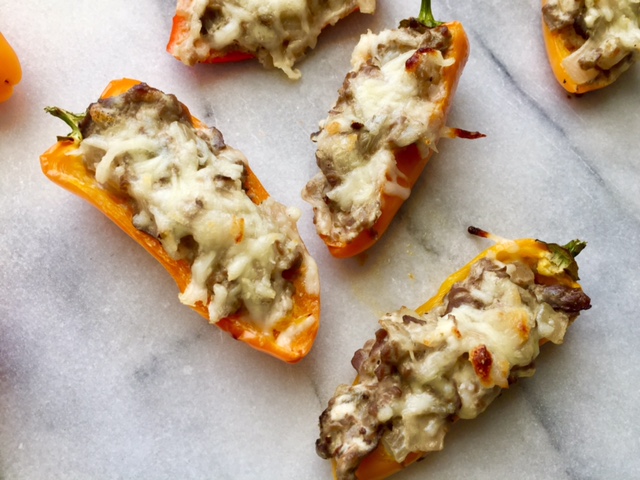 Preheat oven to 400 degrees. In a large skillet, heat oil over medium heat. Add onion and saute until tender, about 5-7 minutes.

Add roast beef and cook for another 2 minutes. Remove pan from heat and stir in pepper, garlic powder, and oregano. 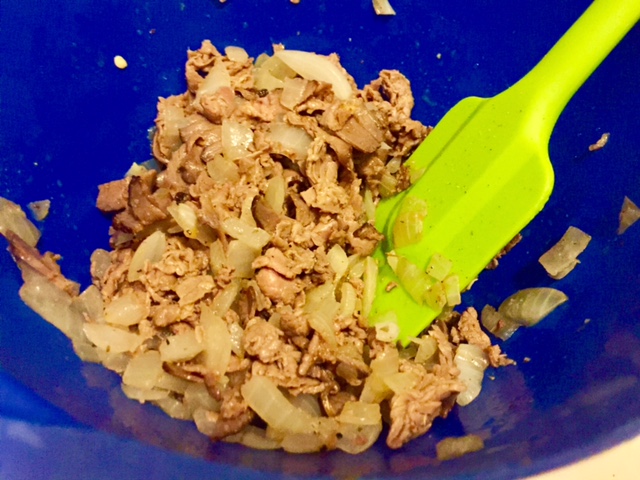 Transfer mixture to a large bowl and add in marsala and cream cheese. Stir until well combined. 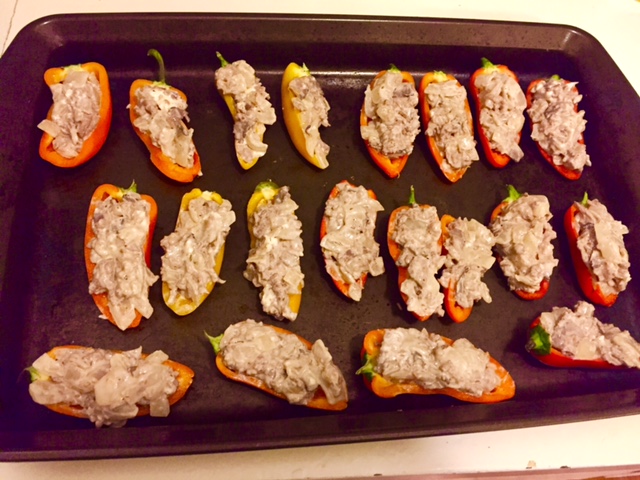 Spoon meat mixture into pepper halves (about 1-2 tsp. per pepper half).

Top peppers with shredded mozzarella cheese. Bake for 15 minutes or until cheese is melted and browned.