Our Memorial Day weekend camping trip was a (partial) success! For it being my first time camping in almost ten years, I made it out relatively unscathed. No sunburns, no major injuries, and only a few itchy bug bites later—and I’m back to living in the modern world.

It was nice getting away from it all and delving deep into nature. Of course, modern bathrooms were only a stones throw away from our campsite, but sleeping out in the wilderness was nice. It was really nice.

The temperatures dipped down into the low 60’s at night, which is perfect camping weather, I think. I’m no camping extraordinaire. But sleeping snuggled up under a quilt definitely beats sweating in a tent.

We did eat pretty poorly, I will admit. Burgers were good for dinner, but s’mores for breakfast the next morning? Not really a breakfast of champions. To atone for my cooking sins, I made a sheet pan dinner fit for a king the night before we left. Bratwurst, peppers, and sweet farm-fresh onion all roasted together, slapped in between a hot dog bun and slathered with stone-ground mustard. That’s definitely better than eating a cold hot dog dipped in ketchup, I think. But then again—I’m no camping extraordinaire, remember?

My inner German really came out in this dish. I may have eaten a whole cup of stone ground mustard with my beer brats. No need to get fancy with the brats, if you wish. I’ve found that Johnsonville bratwurst are some of the best on the planet. They had a great sale on the beer brat version at Crest so I snagged a couple of packages. I’ll probably make this Bratwurst Rice Bake with the other package that I bought.

So put those cans of Vienna sausages away, and make better camping dinner! There’s no reason you can’t eat better than me when I’m pitching a tent in the wilderness. 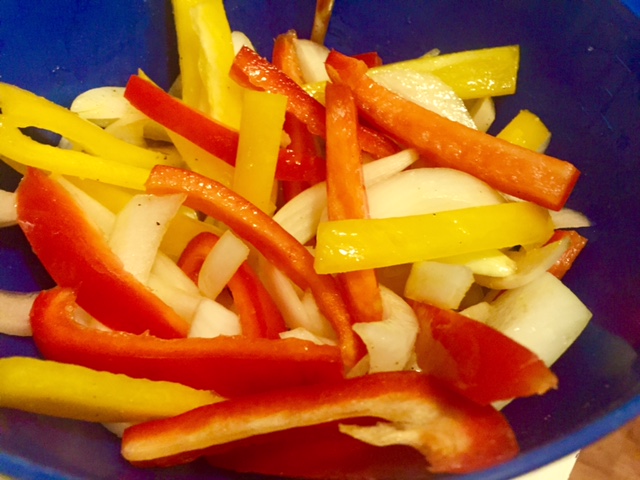 Preheat oven to 375 degrees. In a large bowl, toss bell peppers and onion with olive oil, salt and pepper. Spread out in a thin layer on a rimmed baking sheet. 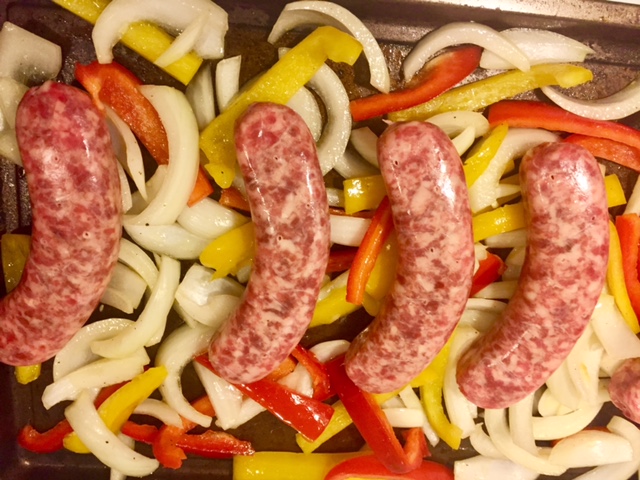 Poke each brat six times with a toothpick or fork. Place brats an inch apart on top of pepper mixture. Bake for 40 minutes then increase oven temperature to broil. Broil for 3-5 minutes or until brats are browned. 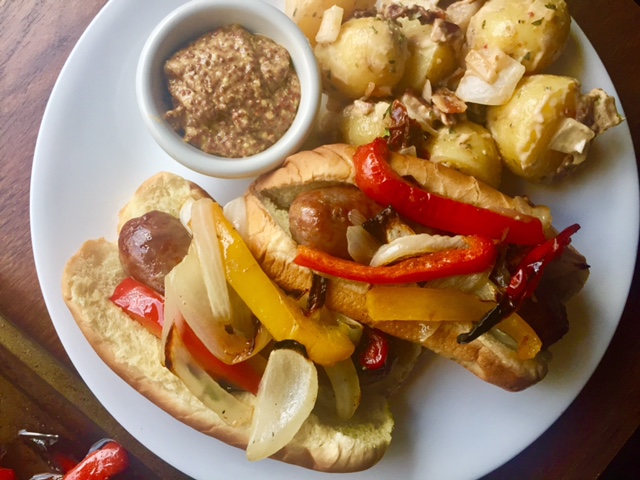