Are you a ham or turkey kind of person for the holidays?

I’m a turkey kind of gal. Actually, I could care less what the entree is; my favorite part of holiday meals are the sides. Give me a plate full of stuffing and mashed potatoes any day over sliced turkey or ham. 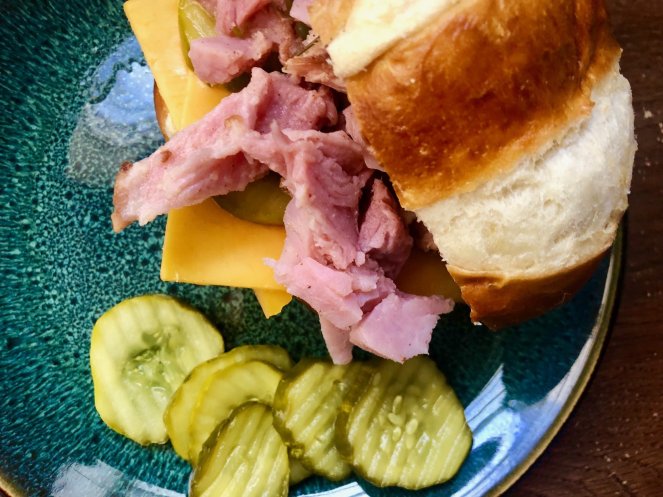 My family usually cooks a turkey for Thanksgiving and a ham for Christmas. One year, my mom really, really wanted something called a “country ham”. She had it specially ordered from Virginia or Georgia and hung it up in our pantry for the month leading up to Christmas.

When it was time to bite down on the treasured ham—you couldn’t get through one bite. It was so, so salty. It was the saltiest thing I had ever tasted in my life. We had to throw that country ham away and have been doing turkey for both holidays pretty much ever since.

Since I was scarred to death from the country ham incident, I rarely cook ham for myself. A four pound ham isn’t really that expensive, so I’m curious as to why ham’s are usually saved for the holidays and Easter. It’s a cheaper cut of meat that will last a while and for lots of different meals.

At least that’s what I plan to do with my leftover ham. I finally broke down and bought a ham at the supermarket this weekend, then cooked it in the slow cooker (best way to do it). Instead of a sticky sweet glaze, this ham has a more savory, Oktoberfest kind of vibe. It’s not drenched in salt like that cursed country ham, but it’s not your typical ham, either.

This is a great meal to bring to potluck or to serve at a party. It might even be good enough to win a spot at your holiday table if you’re looking for something outside of the box. I shredded my ham with two forks and served it on pretzel rolls with dill pickles and sharp cheddar cheese for the most delicious sandwich you could ever taste. 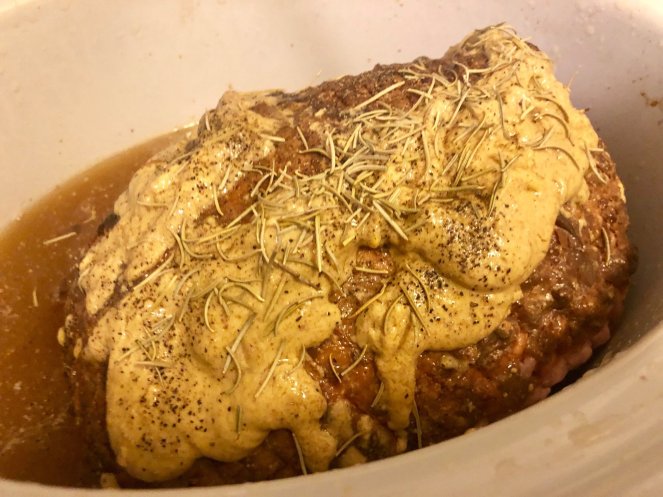 Place ham in a slow cooker. Pour beer on top of ham, then spread mustard over ham. Sprinkle rosemary and pepper on top. Cover and cook on low for 6-7 hours. Shred with two forks once cooled. Serve as sandwiches or alone.