One of the appliances that gets used the most in my kitchen is my slow-cooker. Whoever invented that miraculous device, thank you. I’m constantly experimenting with cooking different meats, stews, and side dishes in my slow-cooker.

I’ve never made ribs inside of one before, but I’ve read a lot of blog posts about it. Cooking ribs anywhere else has also eluded me. I don’t own a smoker and I really can’t operate a grill. So, when I stumbled upon this slow-cooker rib recipe, it was fate. 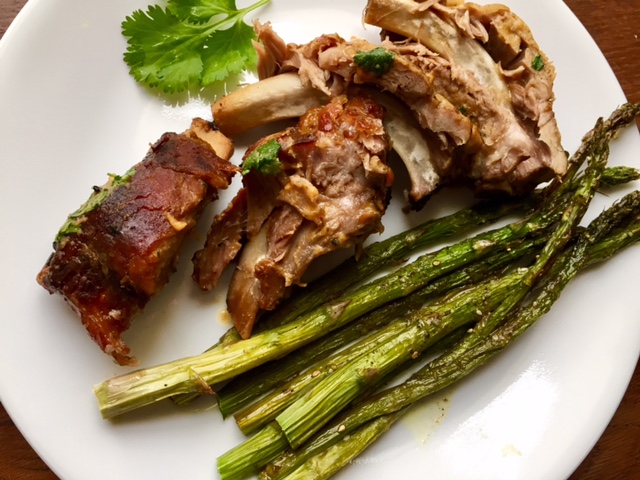 Now was my time to shine.

Now was the time to cook a rack of ribs.

The recipe called for a frozen can of apple-pineapple-orange juice, but I accidentally grabbed a orange-pineapple-banana one. Yuck. I can’t imagine banana flavor going well on a rack of ribs. 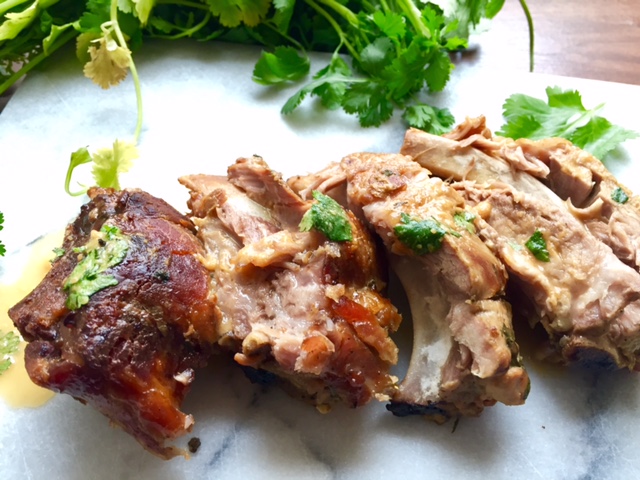 Instead of having a bad banana rib experiment, I scrounged up two mini-cans of pineapple juice from the back of my cupboard (I seriously need to clean that thing out) and thought that would be better. I made a sauce with the cans of pineapple juice, soy sauce, cilantro, lime juice, peanut butter, ginger and garlic. That sounds pretty good, right? 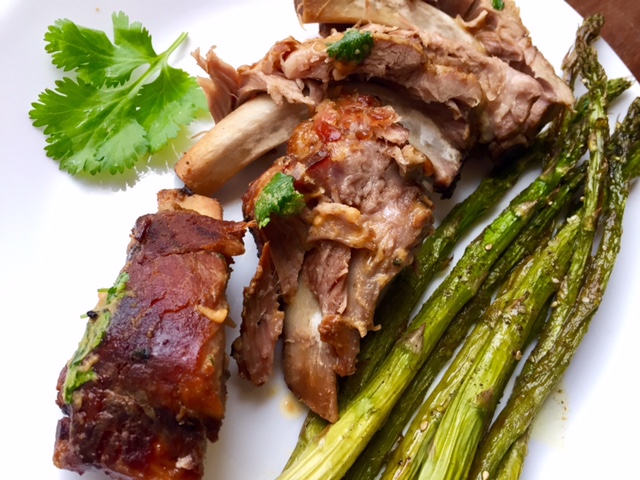 I wish the sauce would’ve been a bit thicker and stickier. I like my ribs saucy and dripping with a sweet and tangy sauce. But remember, this is not a barbecued rib. This is a Thai-style one.

The soy sauce comes through in the flavor of the meat, which I liked. The slightly sweet, slightly salty meat was fall-off-the-bone tender. I guess that’s why ribs are so good in the slow cooker! I served these bad boys alongside some roast asparagus and pasta salad. 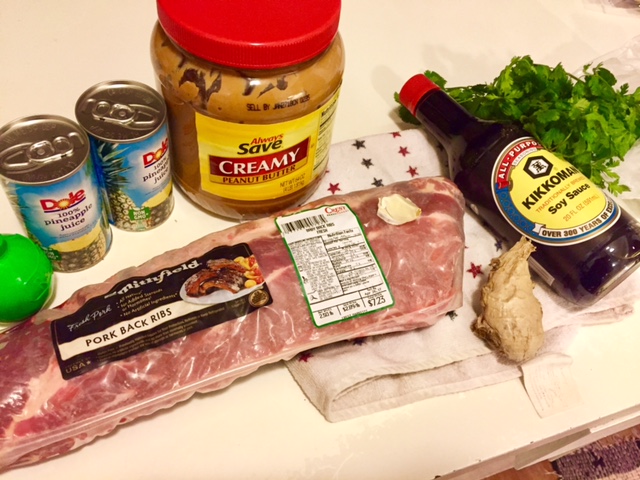 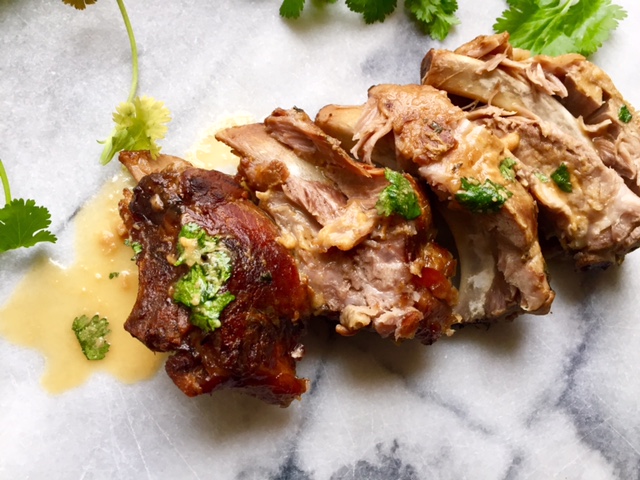 Thai-style marinated ribs slow-cooked and served with a peanut sauce.

Place ribs in slow cooker, standing one half up on its side. Pour half of the marinade into slow cooker. Discard the rest. Cook on high for one hour, then turn down heat to low and cook for another 5 hours. 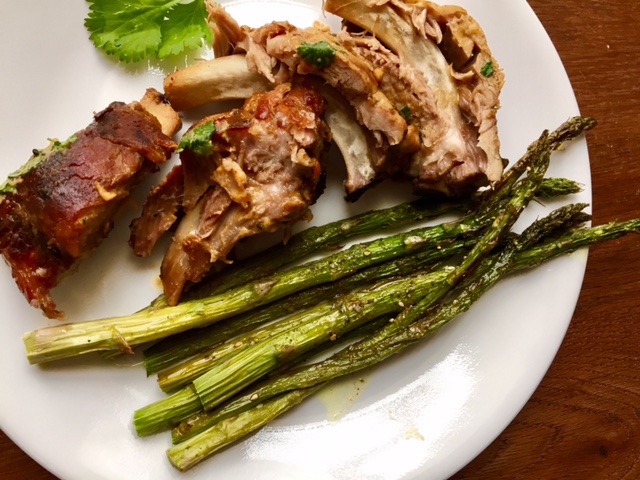 One thought on “Thai-Style Ribs”