I’m more than halfway done Christmas shopping and it’s not even December yet.

I consider that a win.

Usually, I’m one of those crazy people making a mad dash for the stores on December 23rd. I’m a perpetual procrastinator at all things in life, Christmas shopping included. I’ll even fight the two things I hate most to shop as close to Christmas as possible: long lines and large crowds.

I had a change of heart this year and decided to get it done early. It also helped that I’ve been buying the majority of my gifts online—which I think the majority of America is, too. Having something delivered to you is just far easier than driving to a store and hoping and praying they have what you need. It doesn’t hurt that Amazon offers to gift wrap everything, too. 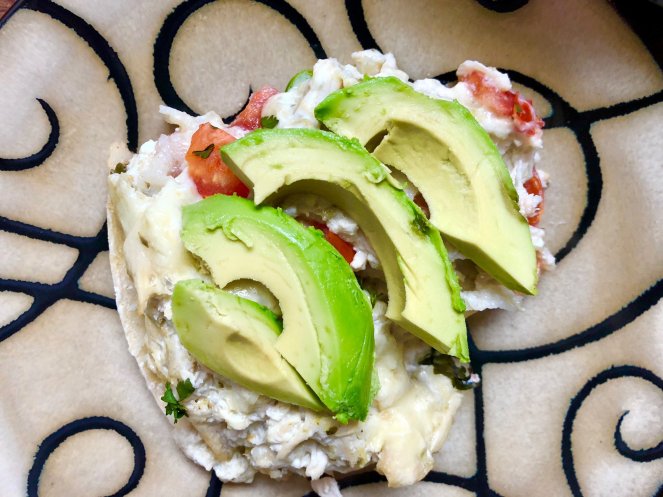 Instead of the smells of cookies and cinnamon wafting through the air in my home on Sunday, I was smelling a spicy casserole baking. Cilantro and spicy chicken and corn tortillas all making my house smell like a lovely place. I almost prefer the smell to apple-cinnamon candles or pine tree scented candles.

Out of the meals I made this weekend this may be my favorite. Nothing beats a good casserole on a cold day. I’m a casserole baking fiend, and it’s been a long time since I made one. 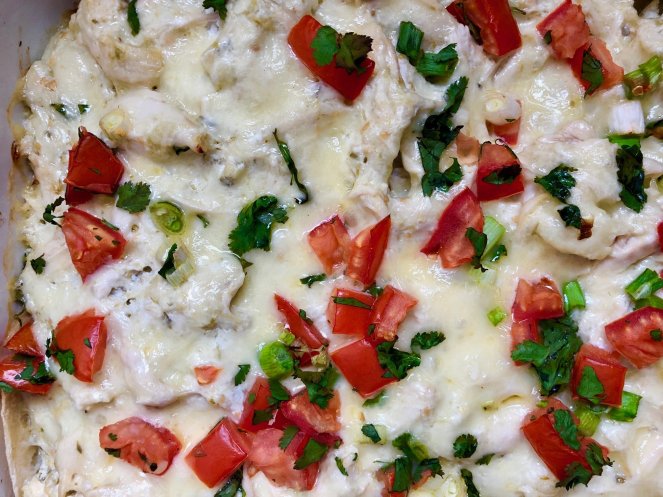 I found this recipe in one of my old recipe booklets and it spoke to me. I haven’t had a good Mexican-style casserole in what seems like forever. This one sure hit the spot. It’s got everything you need to make a full dinner-in-one-baking-dish. I’ll take this any day of the week.

I made a big batch of poached chicken so I could use it in two recipes this weekend, but feel free to use regular rotisserie chicken if you want to take the easy road. The most important part is having a good verde salsa (I like Herdez brand) and plenty of sour cream and avocados for topping! 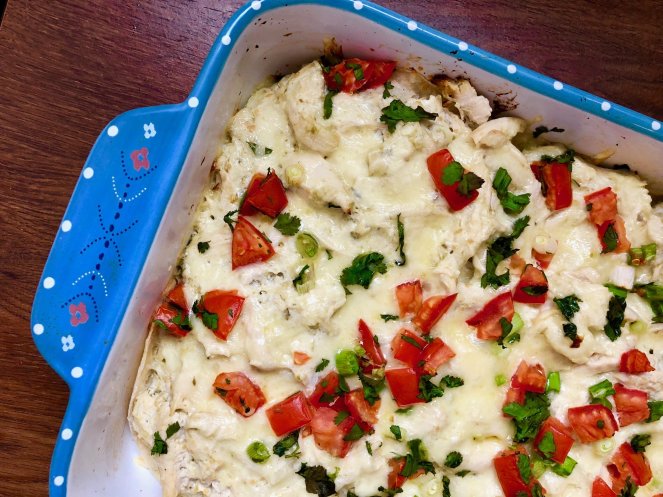 A quick casserole to whip together with chicken, salsa verde, tomatoes & corn tortillas.

In a large bowl, combine the chicken, sour cream and salsa. Grease a large baking dish (13×9″). Place enough tortillas in a single layer to cover the bottom of the dish.

Top tortillas with half of the chicken mixture. Sprinkle half of the cheese, tomatoes, cilantro and green onions on top. Repeat layers one more time.

Bake, uncovered, for 20-25 minutes at 400 degrees. Serve with sliced avocado, sour cream and cilantro for topping.