Have you ever visited a farm before?

I got to visit one for the first time this past week: Providence Farms. The old farmhouse was cute and the ducklings and chicks were even cuter. The family that owns the farm used to be yuppies—living life fast in the rat race. They gave it all up to start a farm, and now they grow and sell heirloom variety veggies.

That’s my kind of dream!

We were out there to interview the husband and wife duo about Farmer’s Markets; they stopped going to them because of people pawning off grocery produce as homegrown, local vegetables and fruits. They offered some tips on how to get the most out of your visit to a farmer’s market:

Providence Farms is a magnificent place to go and pick your own veggies, and a great place to take your kids. I know I could’ve spent the whole day out there, chasing roosters and petting cows and stuff. I guess I’m just a kid at heart!

Inspired by all of the delicious produce we were sent home with (turnips, rainbow carrots, beets) I decided a roast veggie medley was in my near future. I swear, these were the best carrots I’ve ever tasted in my life. The beets dyed my hands a beautiful shade of magenta and I didn’t even care. All of the veggies tasted so, so good. 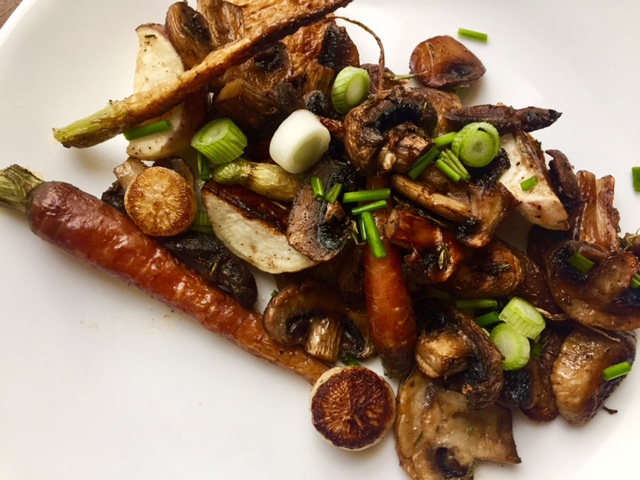 After devouring all the fresh veggies I had, I wanted more. I was out of the farm fresh goodies, but I had a huge ten pound bag of potatoes that needed cooking. One red onion and green apple later, I had myself as delicious meat & potato bake that made me feel like I was cooking in a farmhouse kitchen. 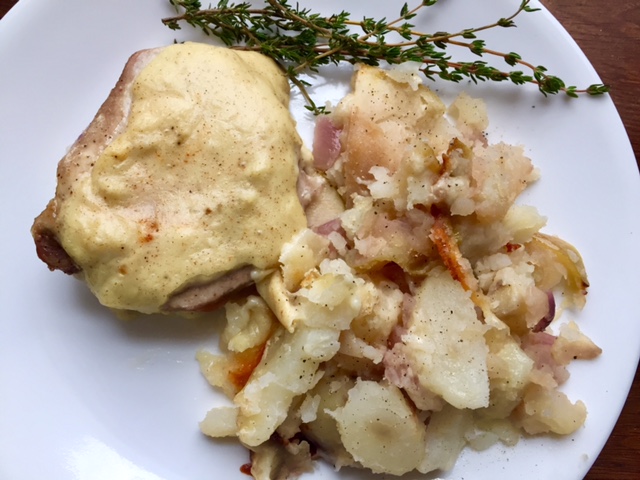 The pork tasted like it came right out of a smoker, and veggies underneath all danced together perfectly, even if the potato mixture ended up looking like an amorphous blob. Sometimes food tastes good even if it doesn’t look pretty. You know, don’t judge a book by its cover…

Also, can anything really be better than meat, potatoes and gravy? That’s the quintessential American meal and it tastes so homey. This tray bake feeds a lot, so prepare to have some amazing leftovers!

Preheat oven to 350 degrees. Meanwhile, place potato slices into a pot and cover with water. Bring to a boil, then reduce heat, cover and cook for 10-15 minutes or until potatoes are fork-tender. Drain, then combine with apple slices and chopped onion.

Pour potato-apple mixture into a greased 13×9″ baking dish. Season with salt and pepper and top with cheese.

Season pork chops with salt and pepper and smoked paprika. Place on top of potato-cheese mixture and brush with liquid smoke. Cover and bake for 30 minutes. 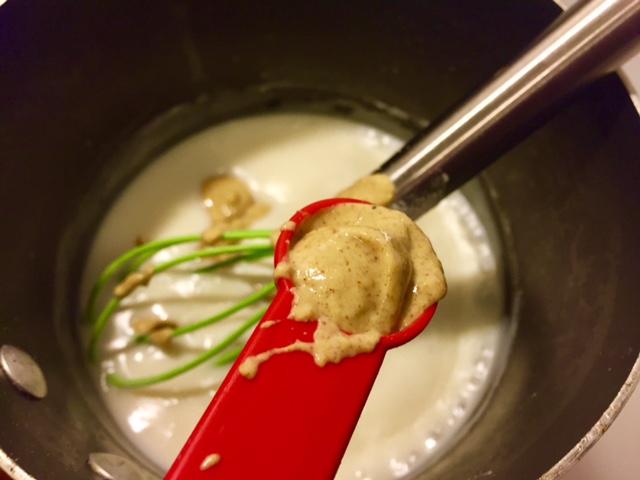 Meanwhile, in a small saucepan melt butter over medium heat. Stir in flour until smooth; gradually add milk. Bring to a boil; cook, stirring, for 1-2 minutes or until thickened. Stir in mustard, salt and pepper.

Once pork is done baking, uncover and pour sauce over the pork chops.

Bake, uncovered, for 30 minutes. Serve with a side salad or green veggies. 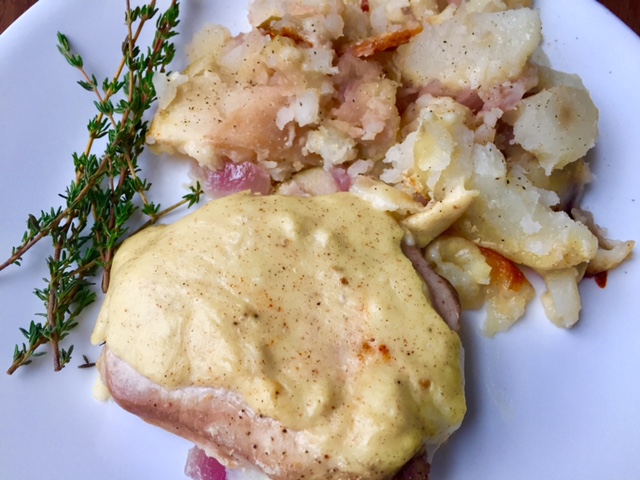