Okay, I know it’s only January 2nd. I know it is just the beginning of winter. But guess what? It was nearly 70 degrees here today, so it felt like Spring.

I feel like I’m always way far ahead of the seasons. I set up my fall decor in August this year. August. Christmas decor and tree went up right after Halloween. I yearn for Summer far before it ever even begins.

Even though my inner clock is months ahead, it shouldn’t affect my eating habits. Eating in season is crucial if you’re on a strict budget. Fruits and veggies that aren’t in season are above and beyond more expensive than when they are. Have you noticed how a bunch of asparagus is creeping closer to $6 right now? That’s because asparagus season is early Spring. The same thing goes for peas, mint, and radishes. A hefty price tag isn’t the only bad part about eating out of season; smaller produce and poor taste also go hand-in-hand with that.

Here I am lecturing about eating in season while blogging about a primavera meal. Well, this isn’t your normal primavera. The veggies I stuck with were a rainbow of bell peppers and some frozen peas (you really can’t go wrong with frozen sweet peas). I’m not sure when bell peppers are in season, but they are usually pretty cheap year-round.

Pro-Tip: Look at the bottom of bell peppers when you choose them. If there are three nobs, it’s a male bell pepper and it will have less seeds in them. Four nobs? That’s a female, and it will have more seeds in its cavity—but it will taste sweeter, which is perfect for eating raw and in salads!

Anyway, here’s my take on a nice winter primavera. A good primavera is supposed to highlight the veggies, so you only need the lightest of sauces. This primavera’s sauce is white wine. That’s it. But it works! The crisp, sweet peppers and flaky fish gave this dish the taste that it needed. No need to try and interfere with those things.

Pasta primavera gets a new look with catfish fillets, bell peppers, and sweet peas in a light wine sauce.

Meanwhile, in a large skillet, melt butter over medium-high heat. Add peppers, peas and green onions. Cook, stirring occasionally, until tender, about 3-5 minutes. Remove veggies to a plate and set aside. 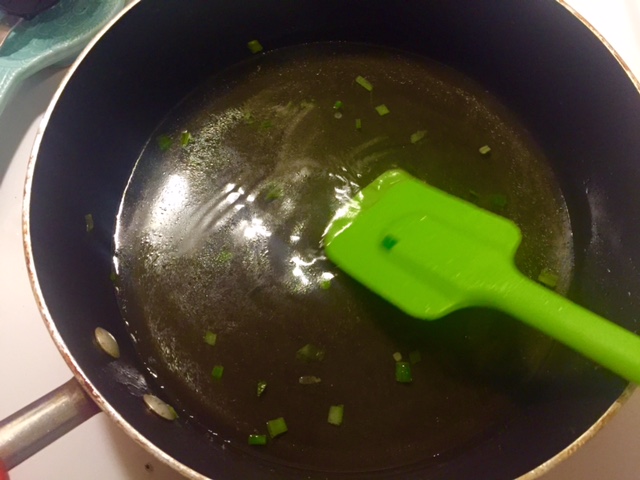 Pour wine into skillet and bring to a boil over high heat. Add catfish and return to a boil. 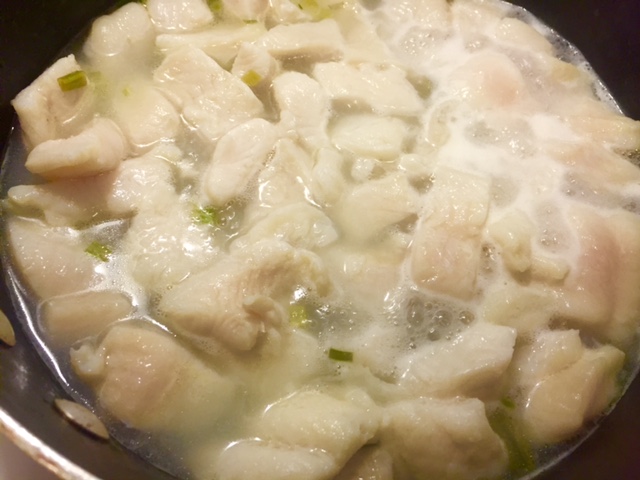 Reduce heat to medium and simmer until fish flakes easily with a fork, about 3 minutes. Return veggies to skillet, season with salt and pepper, and toss gently to coat.

Pour linguine into catfish mixture and toss gently to coat. Sprinkle with Parmesan and parsley and serve.