Do you ever root around in your freezer and find things you had completely forgotten about? My freezer is a relative treasure chest full of hidden items. A few days ago, I found one single pork chop in a ziploc bag, some frozen chipotle chile peppers (??), and 1/4 of a bag of frozen peas.

Why do I put these odds and ends in the freezer all the time?!

I feel bad wasting food, so I think that’s why my freezer has so many lonely, pitiful pieces of food. Will I ever get around to cooking them? I probably should. Maybe I’ll make it a challenge one of these days.

I found an entire pack of chicken drumsticks amongst the graveyard of castaways and decided I would start there. I don’t normally buy or cook drumsticks, so I’m not really sure where they came from in the first place. I would usually barbecue drummies, but since I don’t know how to make a keto barbecue sauce yet (soon!), I went with something different. 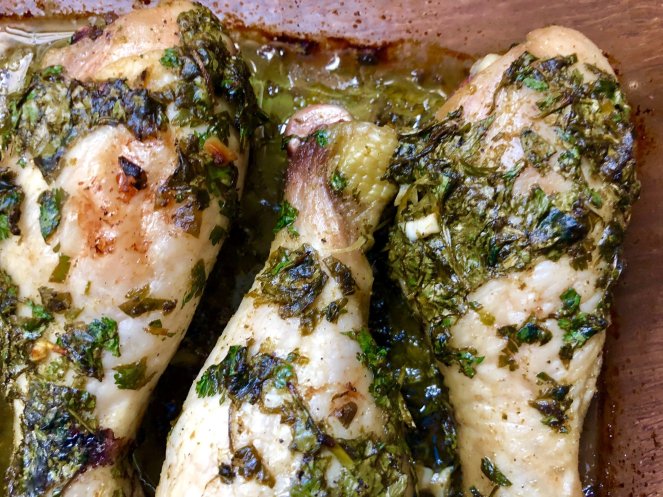 I marinated the drumsticks simply: an entire bunch of cilantro, oregano, lime juice, garlic & cumin. What’s easier than that? I wasn’t going to include the fresh oregano, but I had some leftover so I needed to use it up.

Marinate those babies for an hour or two, then bake them up all nice and crispy like. The chicken ended up juicy and delicious. Maybe I should dig stuff out of my twilight zone of a freezer more often. 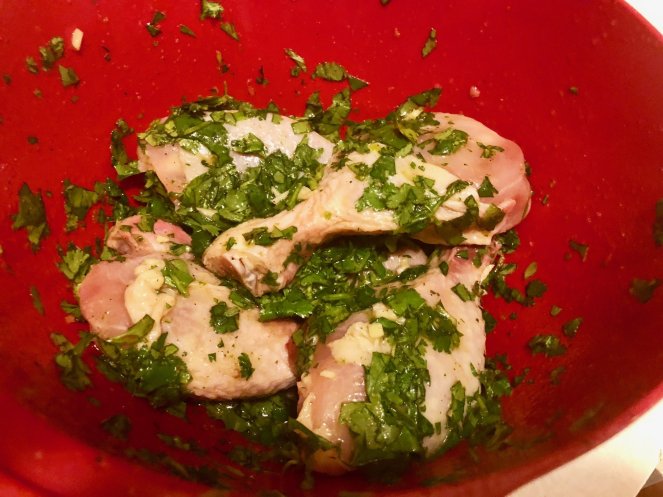 In a small bowl, stir together oil, garlic, lime juice, cumin, cilantro and oregano. Toss drumsticks in marinade. Cover and regrigerate for at least 30 minutes.

Preheat oven to 400 degrees. Place chicken in a baking dish and pour remaining marinade over the top. Bake, uncovered, for 35-40 minutes.