How are you celebrating? Staring at the sun? Hope you were one of the non-procrastinators that was able to score some eclipse glasses! I’ve tried my way bribing a coworker to bring me back some, to no avail. I guess I can try to make a pinhole viewer in the next few hours.

Who am I kidding? I’m not crafty at all. I’d somehow end up making a cereal box look more like a cereal box.

The eclipse marks a major shift in seasons, in my opinion. It’s now late August with September on its way. With that in mind, I took my fall obsession to one of the largest malls in Oklahoma..

This is Rob. My fiance. He wasn’t nearly as excited as I was on my fall candle haul from Bath & Body Works. Want to know the good deal I scored, though? Four of those amazingly fall-scented candles for only $38! They retail at $23 EACH! That’s one heck of a haul if I do say so myself.

I’ve already lit two of them. Those suckers burn quick, too. They smell incredible and make me want to bake some pumpkin pies and bask in the harvest moon. I was also able to snag a good deal on fall garland at Michael’s. Only $10 for six-feet of orange-yellow-red leaf garland.

I’m just a thrifty decorator when it comes to the major seasons. You don’t even want to know the deals I’ve gotten on Christmas decorations before. I’ve got three large tubs full of the stuff in our guest room closet.

While I was busy setting up my garland, I had this Sunday evening meal in the crock pot. Pork shoulder roast, yet again, but with a new twist: Caribbean style! A spicy and sweet combination that was absolutely refreshing on these lingering summer days.

This is only one of a handful of times I’ve used chipotle chiles in adobo, and it makes me sad I don’t use them more often. Those little guys are so spicy and delicious, especially when slow-cooked with meat.

I’m not sure how true-to-form this Caribbean recipe is, but it was delightful. I devoured four sliders last night and was completely satisfied. I especially love all the beautiful colors the sliders harbor!

This is a perfect recipe to celebrate the end of summer with. Sandwiches and salads will soon be few and far between. It’s also a good time to break out that slow cooker you know you’ll be using all winter long. 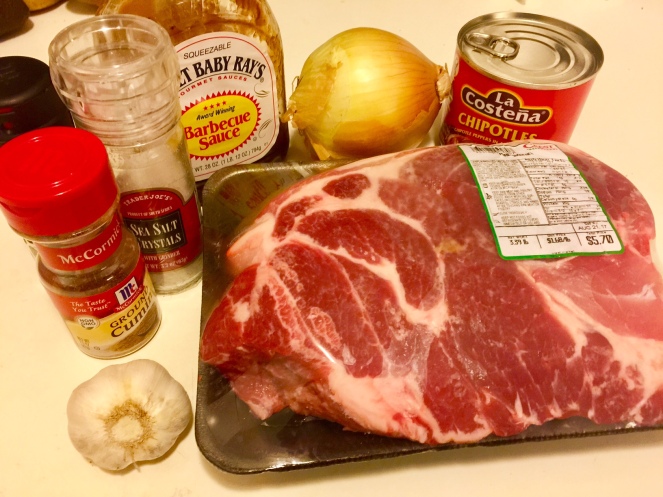 Pour sauce over pork roast. Cook on low for 8-10 hours. 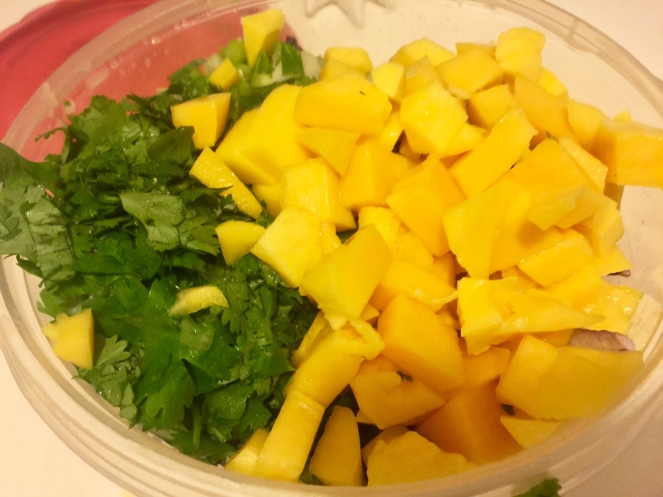 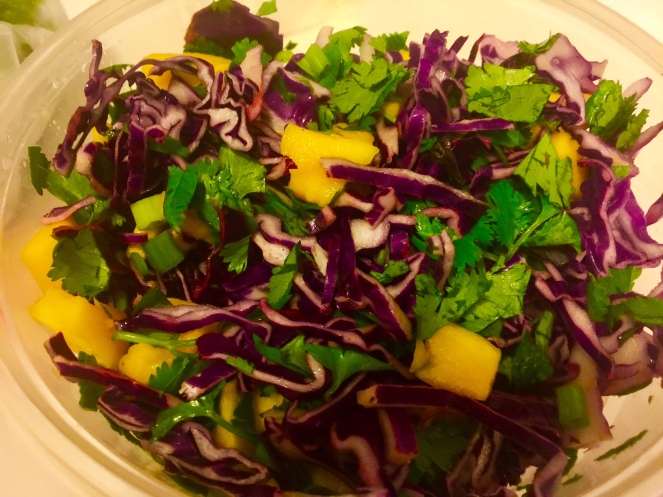 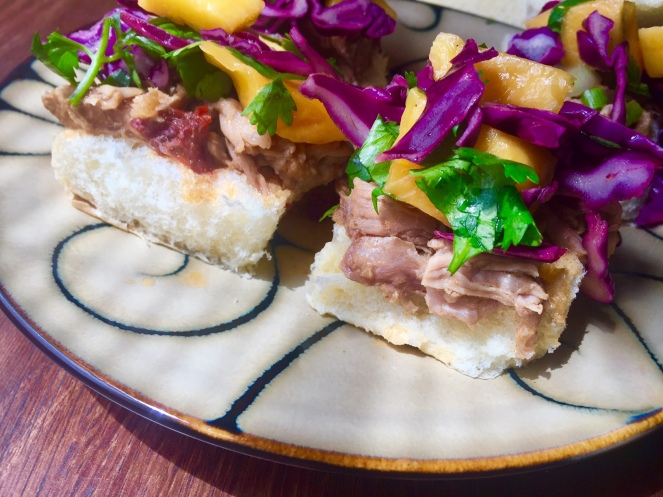